After installing the MQTT server on BeagleBone

As first operation we must generate the nodemcu firmware, as described in the previous article

with at least the following parameters activated in user_module.h file

These settings are the default in the user_module.h file.

At present the latest version 2.0 of nomemcu firmware was released. Here are the compiled files for this version of the firmware

we have to set the correct parameters for  the  esp8266 model.

In our case, with 4MB flash, we used the parameters shown in the image to load the firmware on the device with nodemcu-flasher tool. You can also use other tools for loading the firmware. In our case, the settings used are as follows 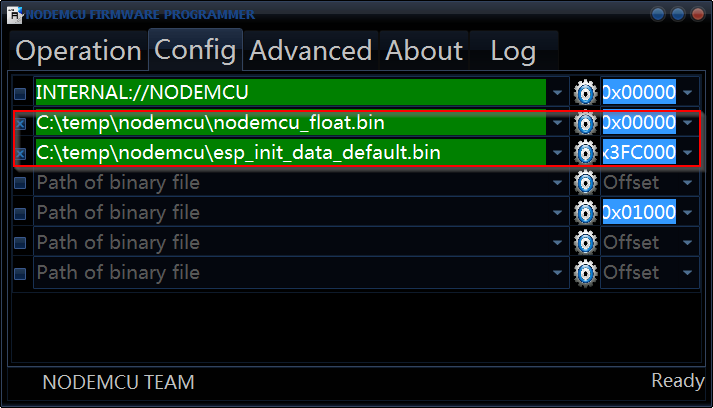