After the  uPyCraft  intallation in the previous article

let’s now look at other tools available for the development in MicroPython for various platforms.

This article shows the operations to be performed on Windows and Linux.

The tool is available in the python repositories, so it can be installed using the  pip tool.

In Windos run in a dos command prompt

Similarly in Linux run in a shell

The available commands are listed running 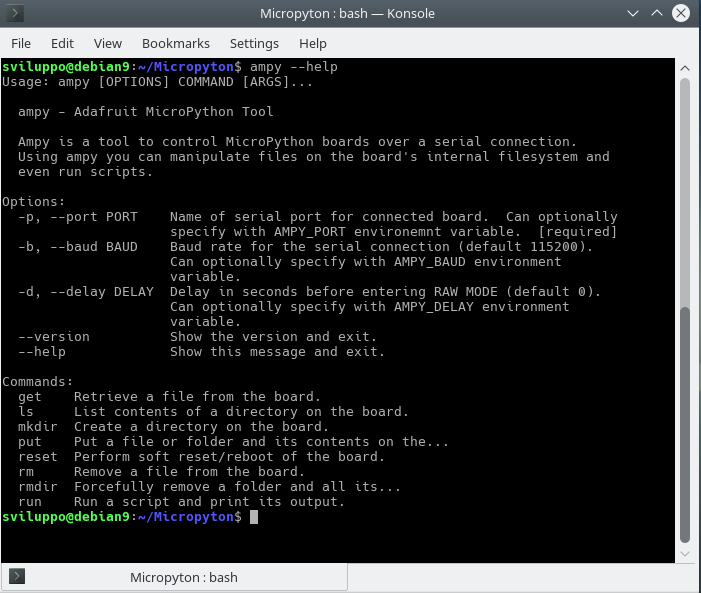 Ampy allows the transfer, creation, viewing, and execution of files on the device.

As for the IDE you can install Eric, generic Python IDE

Eric does not allow communication from the IDE with the device as seen with uPyCraft; this task is delegated to Ampy. For the installation proceed as follows:

The tool is available among the development tools; at the first execution it requires default settings 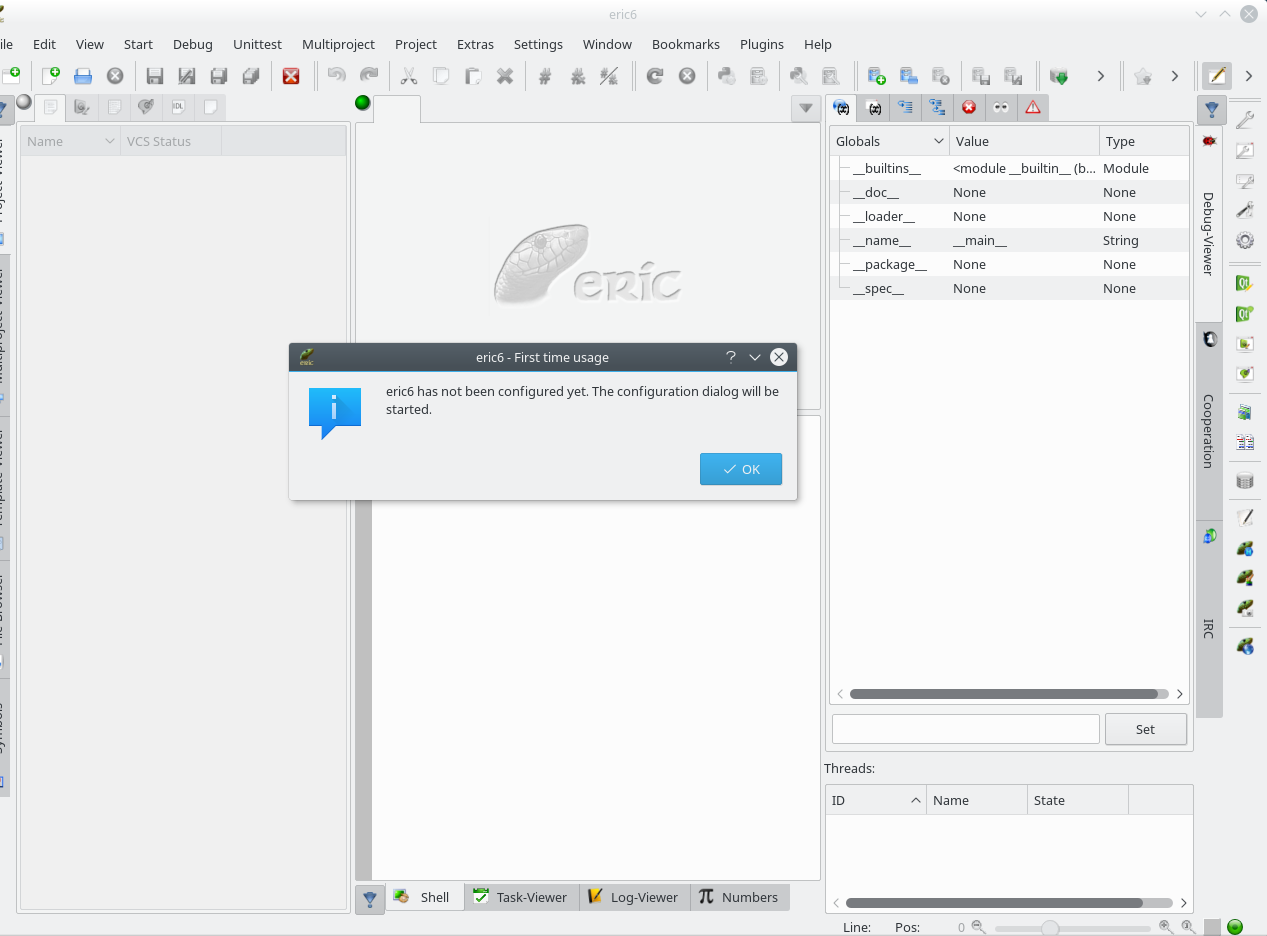 We define the workspace location 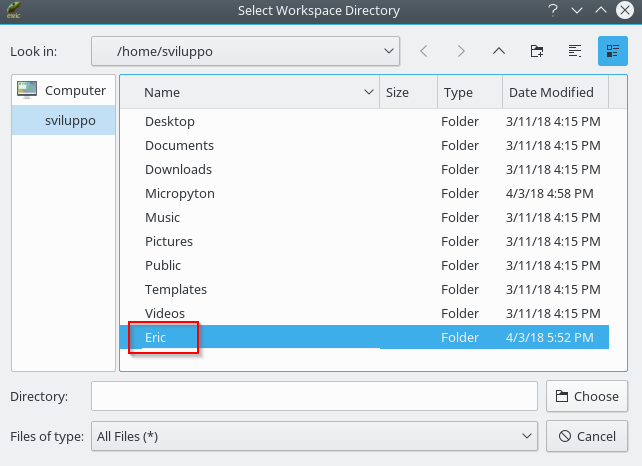 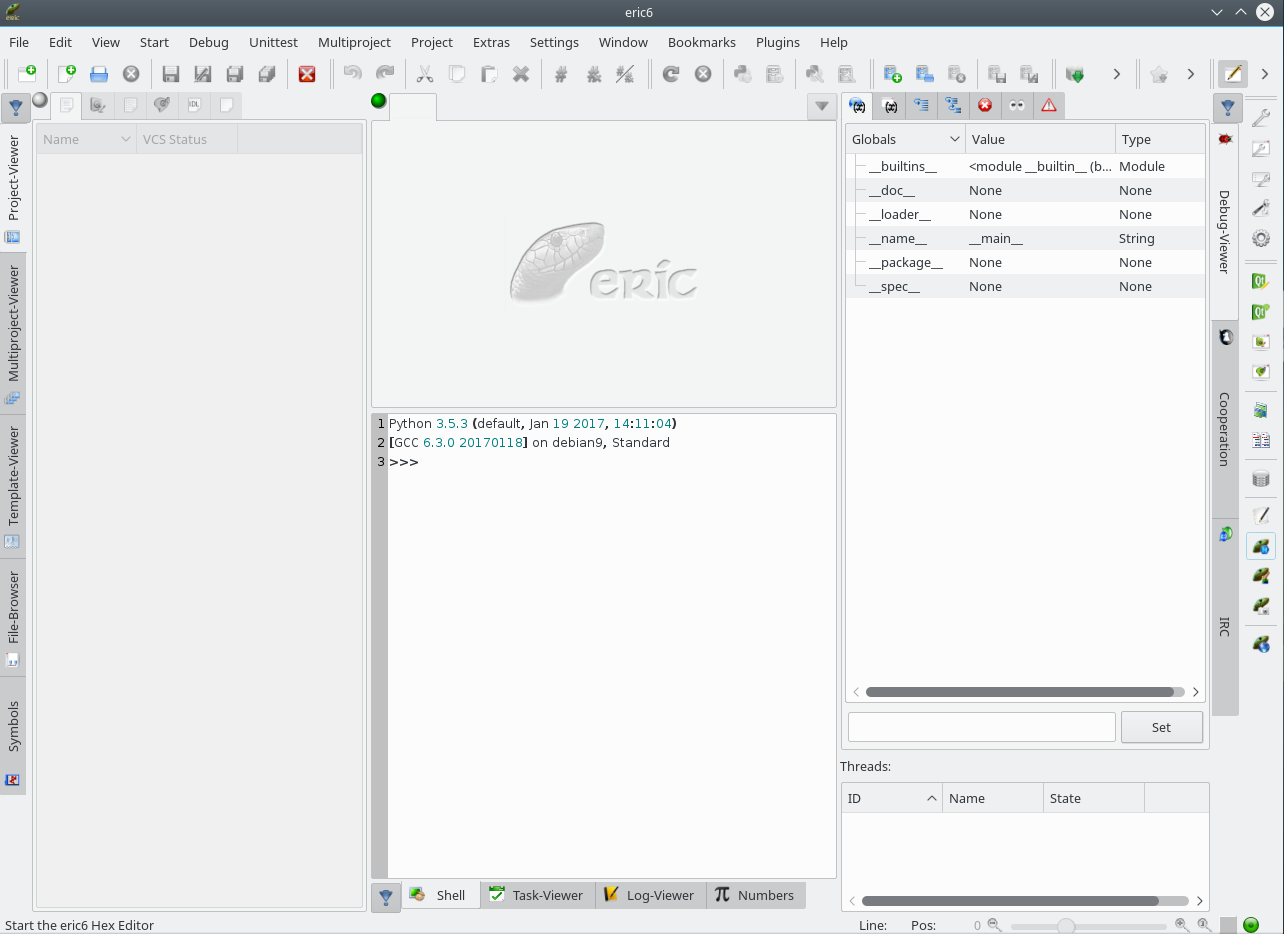 Unzip the zip into a folder from which we run it; install the prerequisites

Perform the eric installation at this point by double clicking on install.py 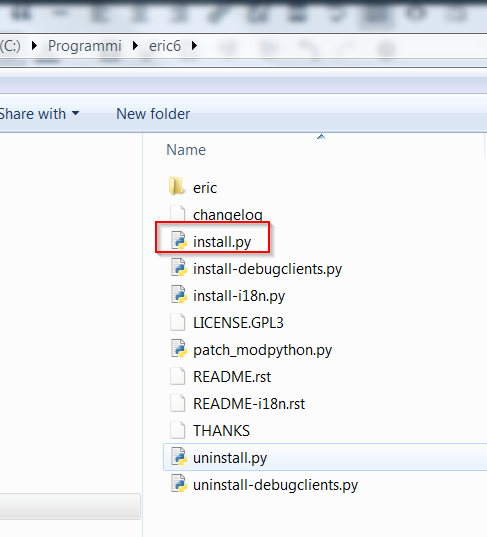 The program checks the prerequisites and completes the installation 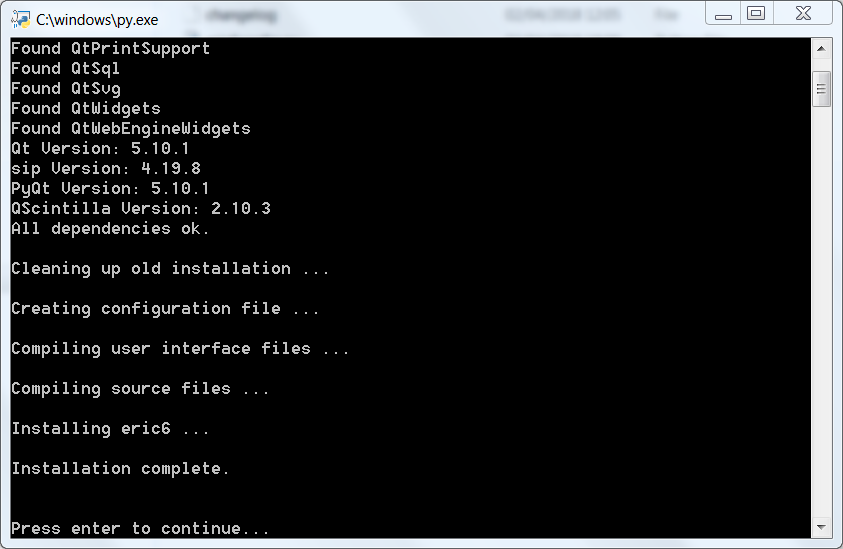 Clicking twice on eric6.py or running eric6 from a dos command prompt we run the program in the same way as seen for Linux Debian 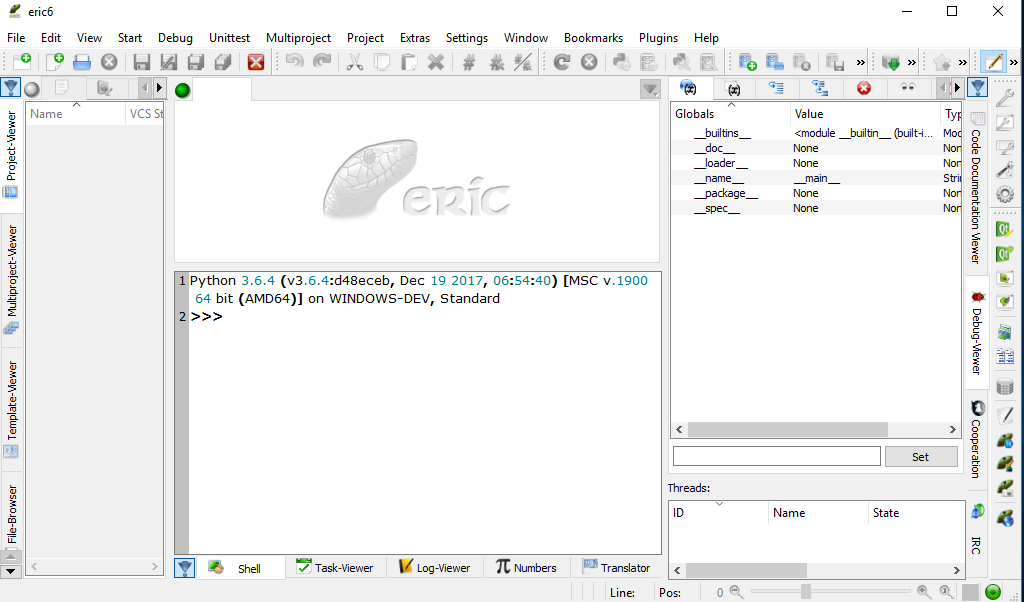