After reviewing various development tools for MicroPython in previous articles

in this article we briefly describe the main features of MicroPython. In particular, we examine the documentation relating to the ESP8266, but the concepts can also be extended to the other boards.

At the link we can find all the informations necessary to implement the code on the card and the features of MicroPython as well as the differences compared to Python.

Here are the main points for coding in MicroPython:

importing the webrepl package, enabling it and starting it at each device restart. To access the configured device, we can use the link

or locally cloning it  from github

Below is a simple example that connects to the router and allows us to access the MicroPython console with the browser and WEBREPL.

The procedure generates the webrepl_cfg.py file on the device.

After setting up and restarting, we access the web console by opening the locally cloned webrepl.html file with a browser 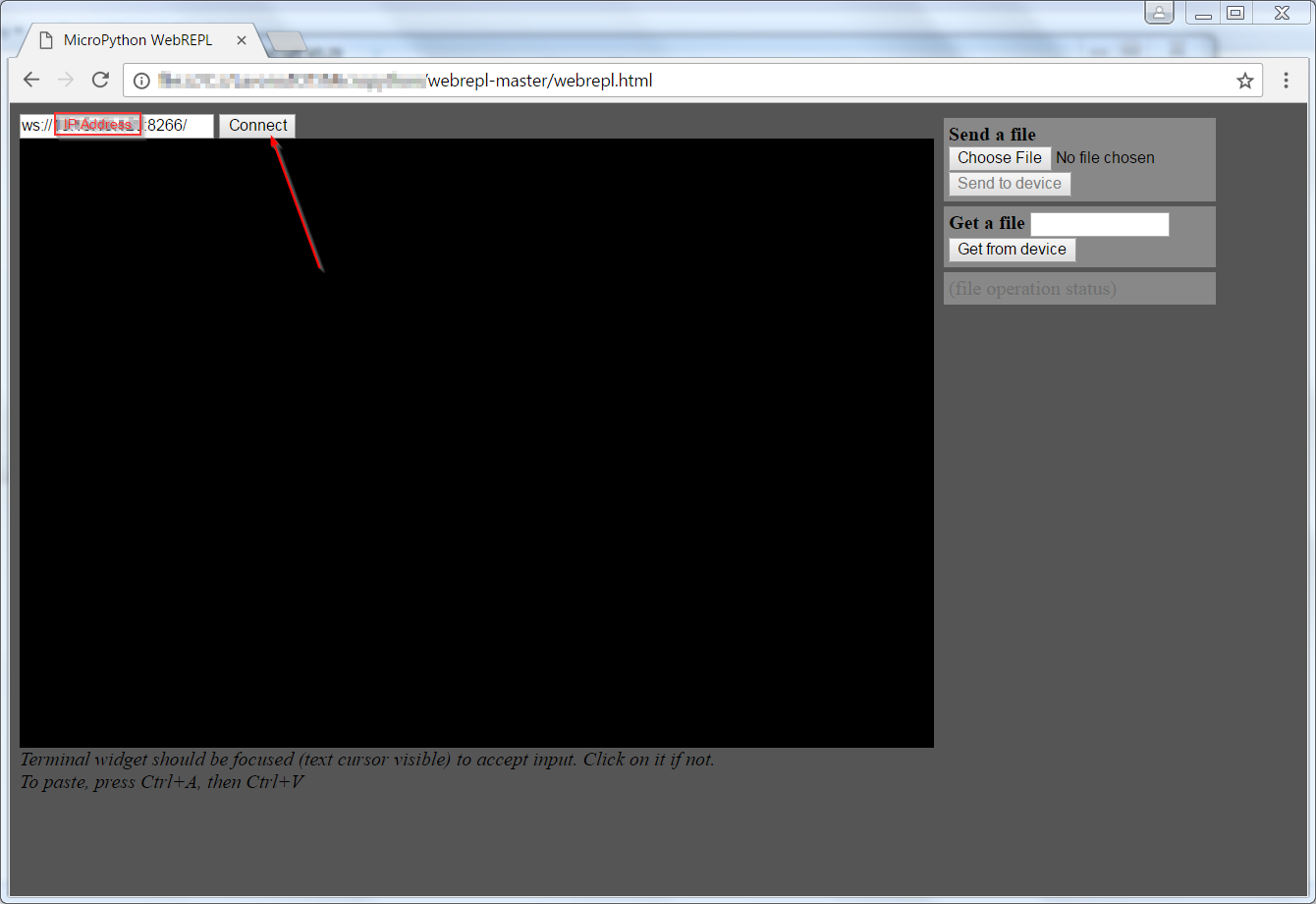 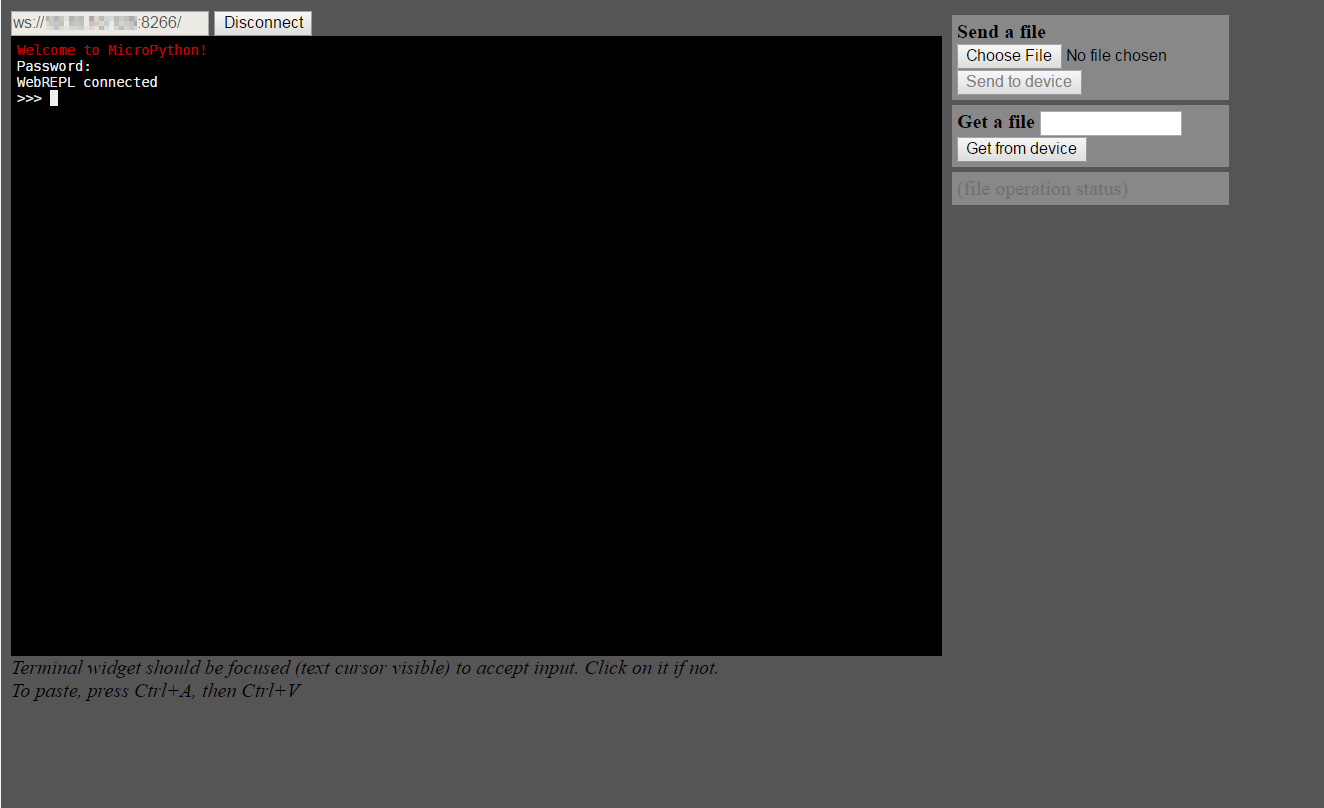 Now we install from the WEBREPL console, for example, the stat module using upip 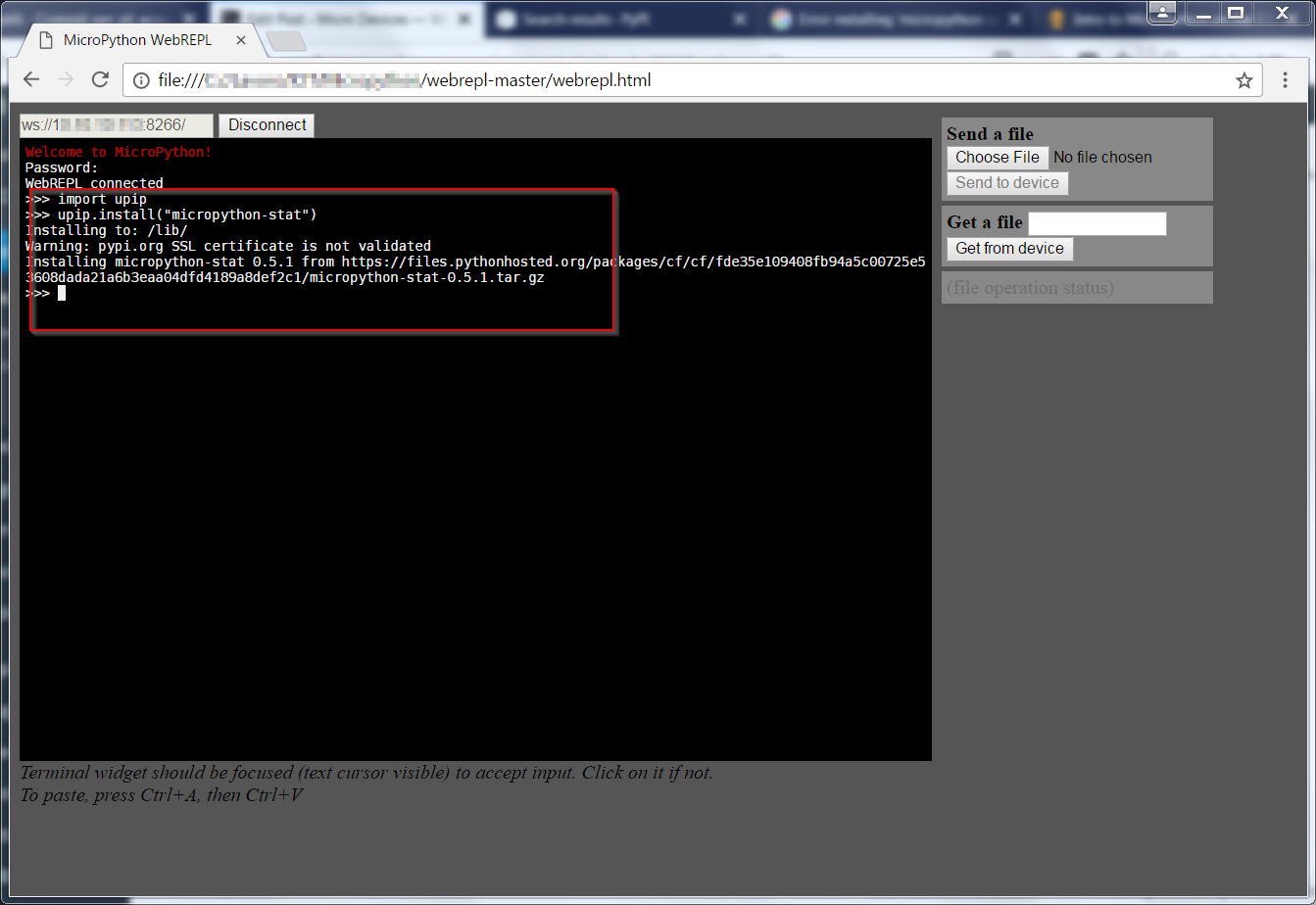 In this case the package was taken from the PYPI repository, unpacked and installed on the device.

We have noticed that some modules, although available on the repository, give an error during installation with upip; these modules are installed directly without using the upip utility,but by downloading the library from the site listed above and transferring the code to the device.

Here is the link of the code shown above

Another option available is to build  the firmware with the required modules.