With the firmware compiled with the defaults, the following modules are available, listed in the REPL console with the command 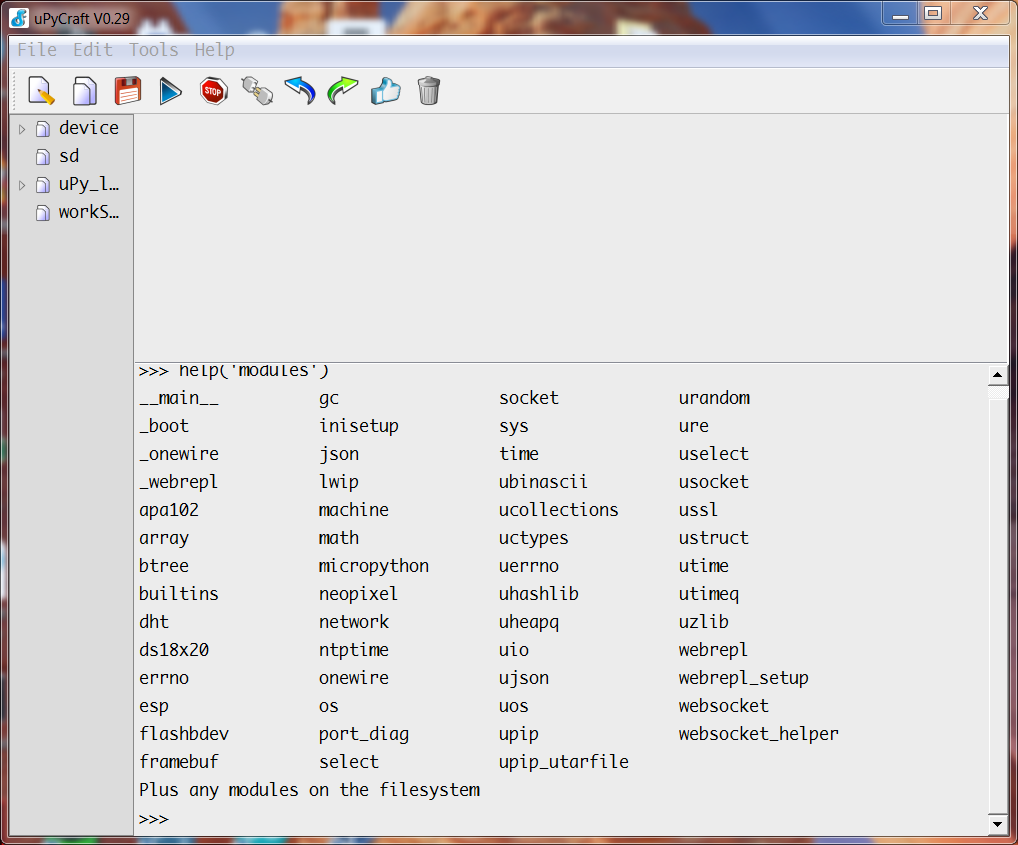 Now let’s try to compile the firmware with the mqtt modules already inside. For this purpose, the module sources are copied to the umqtt folder under modules 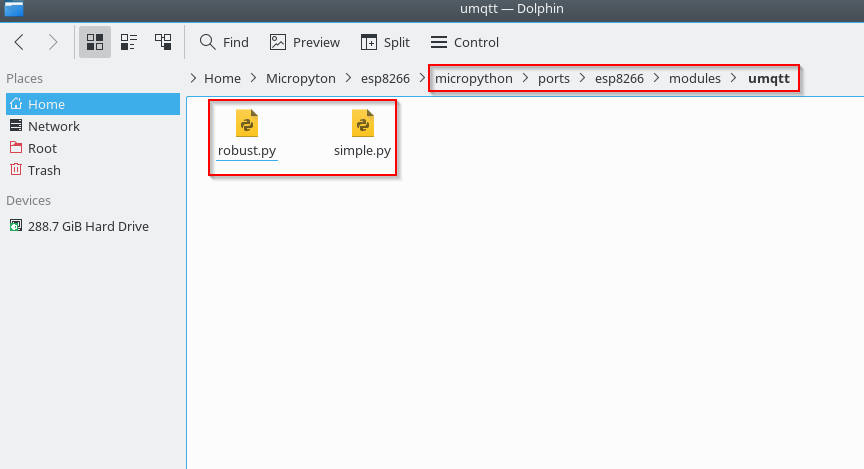 We proceed to recompile the firmware. From micropython/ports/esp8266 we run the following commands

We can see from the compilation log, that these modules are placed in the frozen state 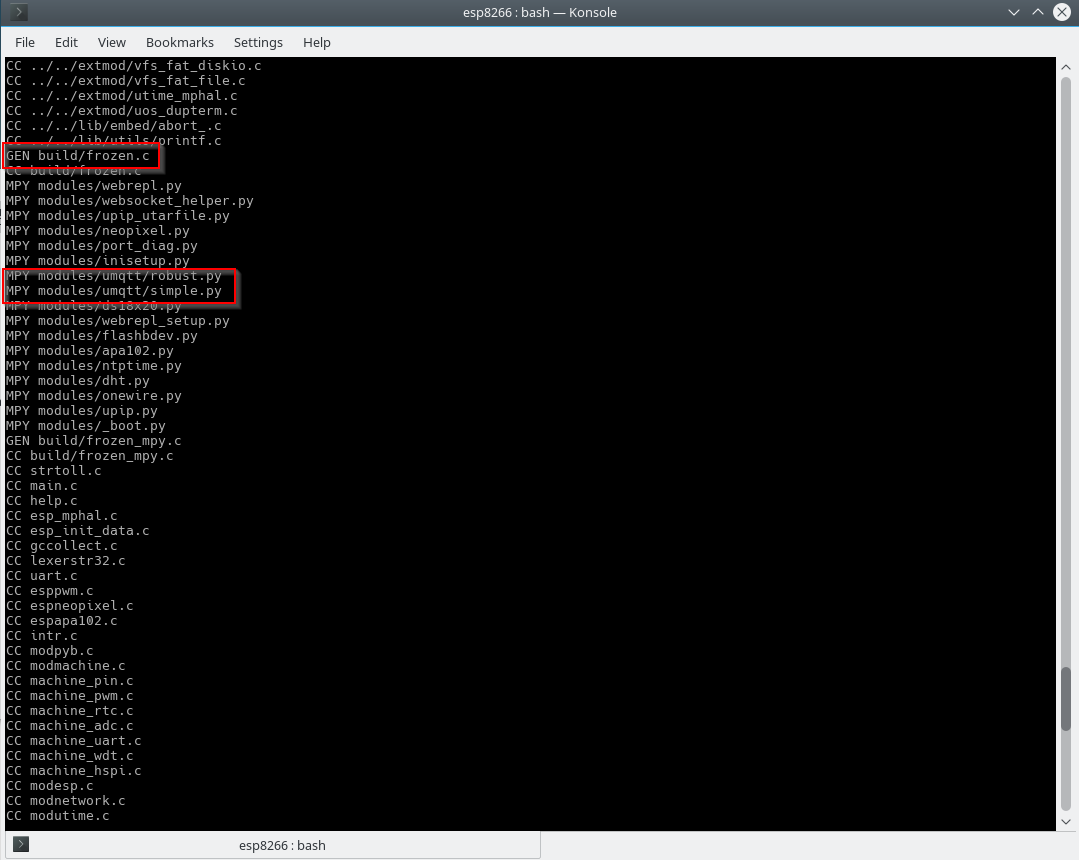 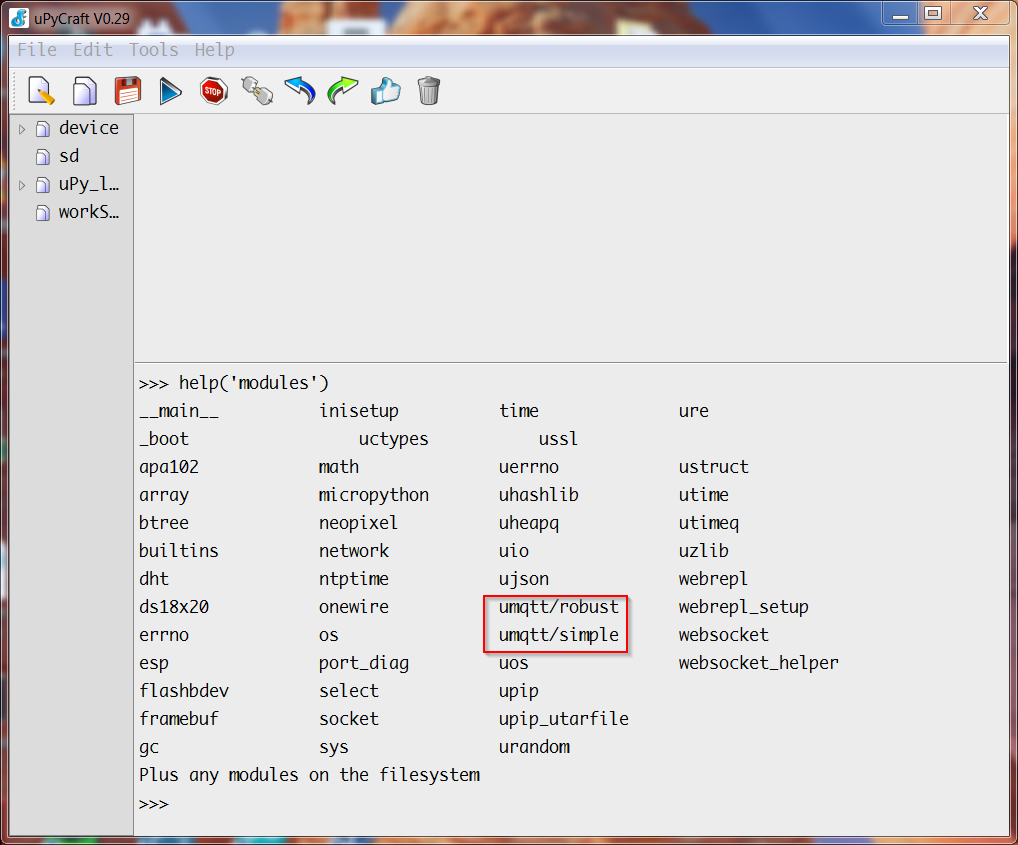 It is also possible to create the firmware with the modules not compiled and optimized, by copying the sources in the scripts folder under esp8266; in the specific case the sources must be placed as shown below

The modules are always visible in the firmware, but not optimized, so if you need some module it is convenient to copy it on the device during the coding  and in the last phase of the project compile the firmware with the frozen modules.