In this article we begin to treat MicroPython

an implementation of Python3

Various images are available on the MicroPython website for different devices, including the modules esp8266 and esp32

We start our tests with a Nodemcu esp8266 DevKit

We proceed to load the firmware  on this card.

The Micropython site also refers how to load the firmware on the cards; these informations are available at the link

To load the firmware we always use the tool esptool, also available on the Python repository.

To be able to use it, we need to install Python3 on our development platform. Here are the steps to follow for Windows and Linux.

For windows we must first install the Python3 environment, available at the following link

In our case, we downloaded the  version 3.6.4 for 64-bit systems. We installed the package  with administrative rights 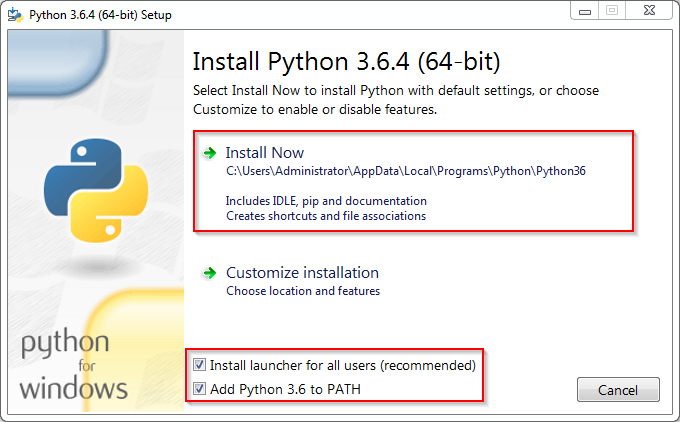 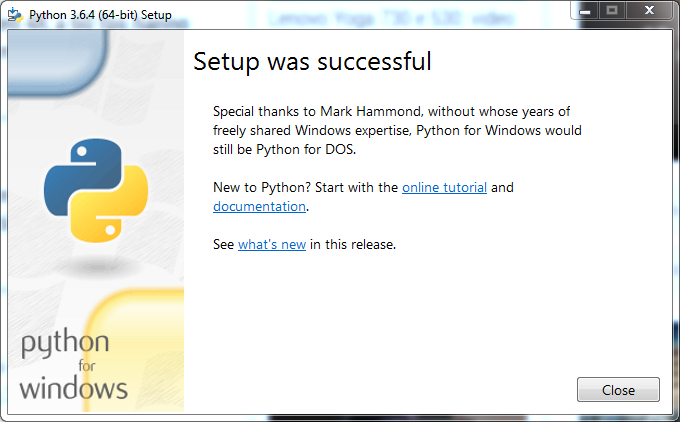 After the installation, we open a dos command propmt and check the installed Python version 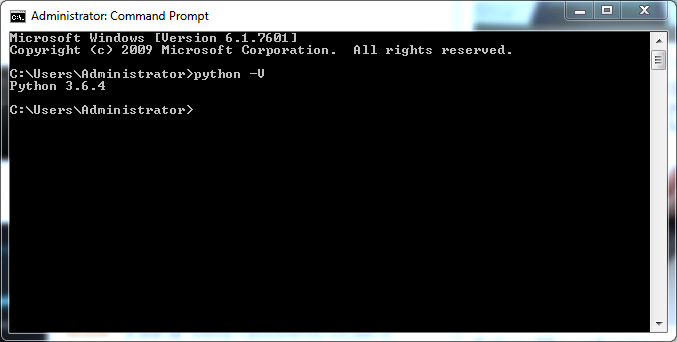 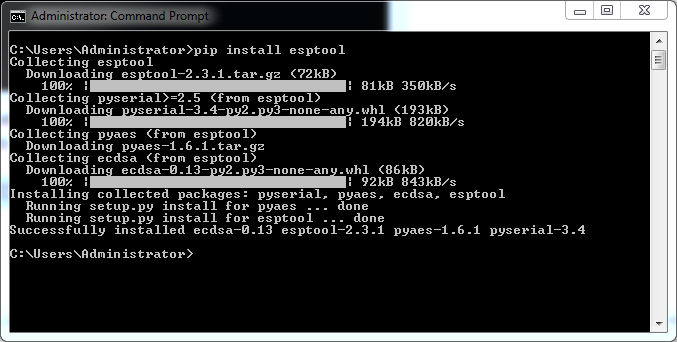 At this point we can proceed to the MicroPython firmware upload on the Nodemcu esp8266 DevKit. Of course, it is necessary to have the serial-ttl drivers installed for your DevKit model on Windows. Now go into  the folder where the firmware has been downloaded  and run the following  commands from the dos command prompt 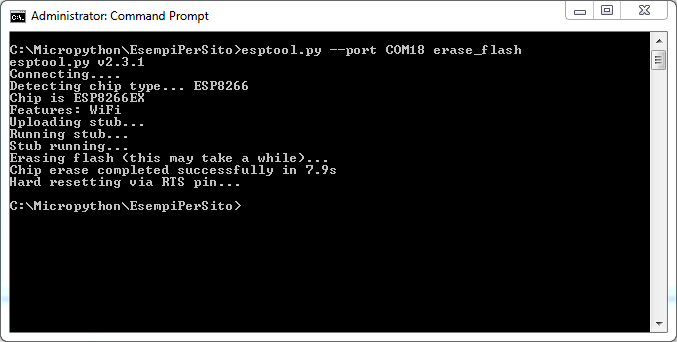 Proceed to load the firmware 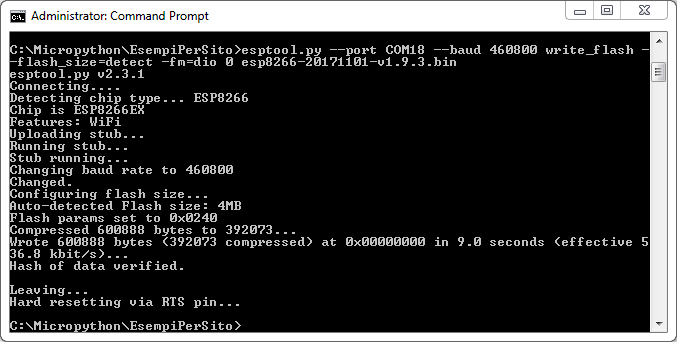 Once the firmware is installed  we log on the Python console using, in our case with the nodemcu card DevKit, the same port already used to load the firmware.

On Windows we can use Putty

and set the serial connection to 115200 baud rates 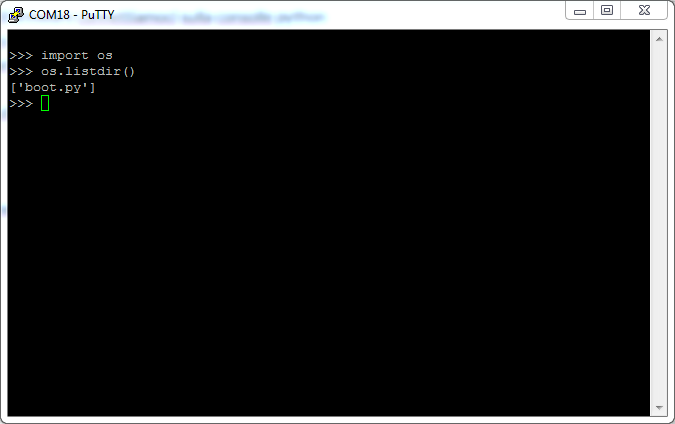 For Linux we use the Debian 9 distribution, but the procedure can be extended to other distributions. After installing Debian 9 , similar to version 8

Add the user used on Debian to the dialout group

In our case, using  sviluppo as a user, the command is as follows

Let’s move on to install the Python esptool package

We can then proceed with the installation of the firmware in the same way as done on Windows.

We check on which serial port the card is available (ttyUSBX) 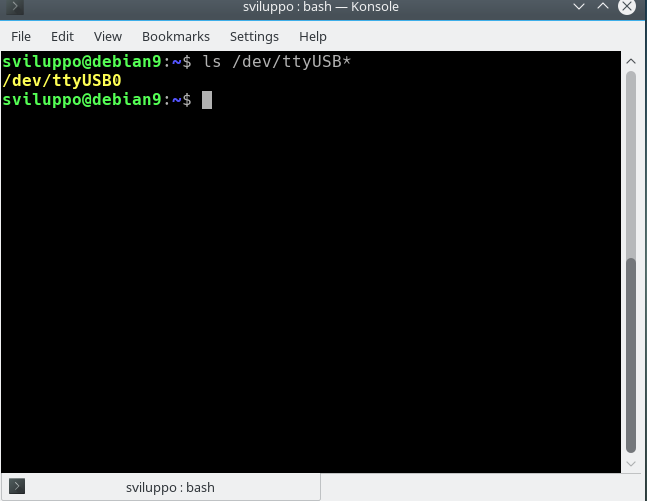 We perform a flash erase and firmware upload

Here is the manual of the tool

To detach from screen press

instead to resume run

Once connected you get the same result as Windows 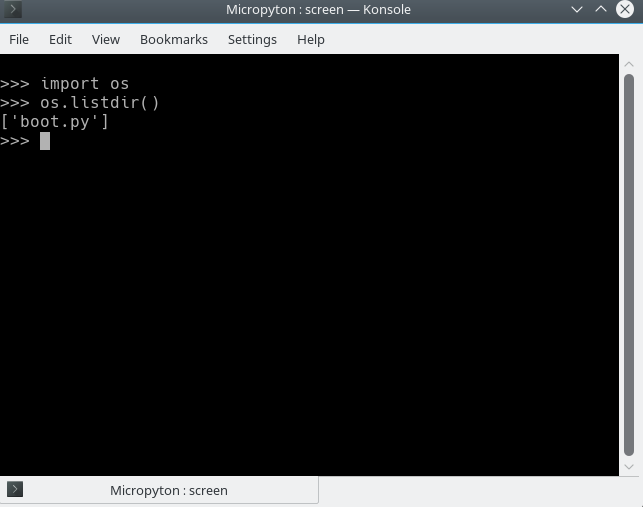