After describing the Beaglebone and its development tools

Startup of the Beaglebone development board

as an example we show how to interact with the Beaglebone and a temperature and humidity sensor.

Among the most popular we finde the DHT11 sensor. The sensor has 4 pin; we have to connnect it to the power supply through a resistance of 4.7 or 10 kΩ. In our case we have a three-pin DHT11 sensor with the resistance already included in the circuit. In the case of the only sensor follow as specified in the following article

The following image shows the connections with Beaglebone 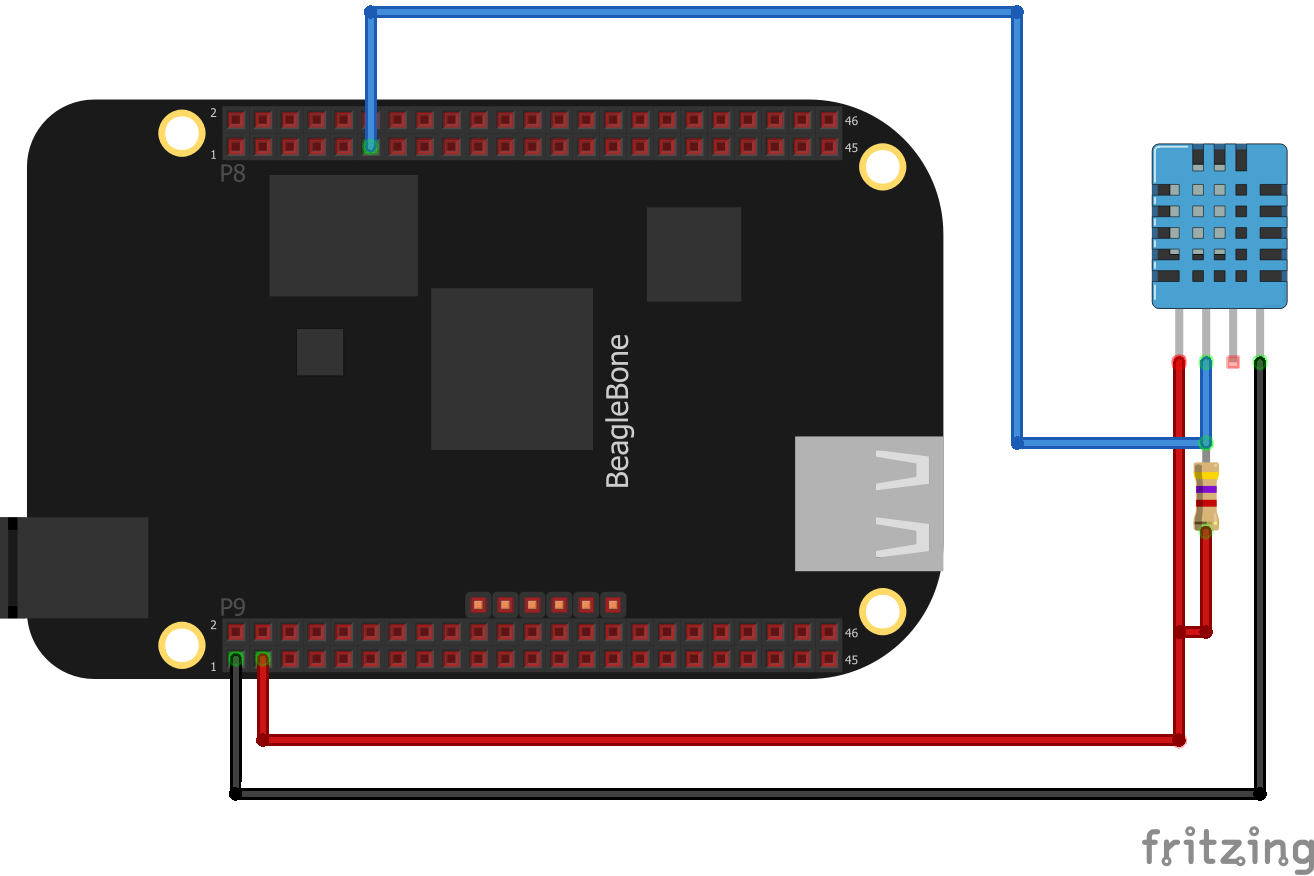 In the article Development tools on Beaglebone we showed the Beaglebone headers; in this case we used  3.3V,  ground and P8_11 headers.

Temperature and humidity reading on Beaglebone in python