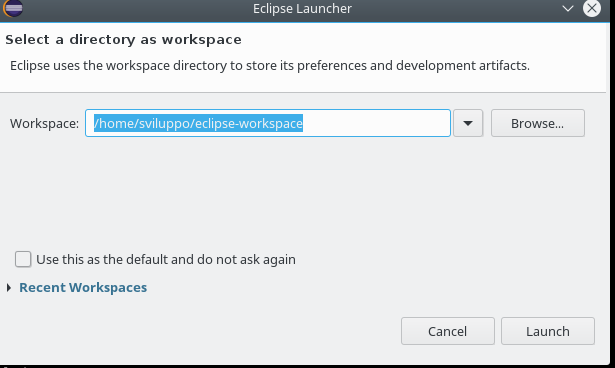 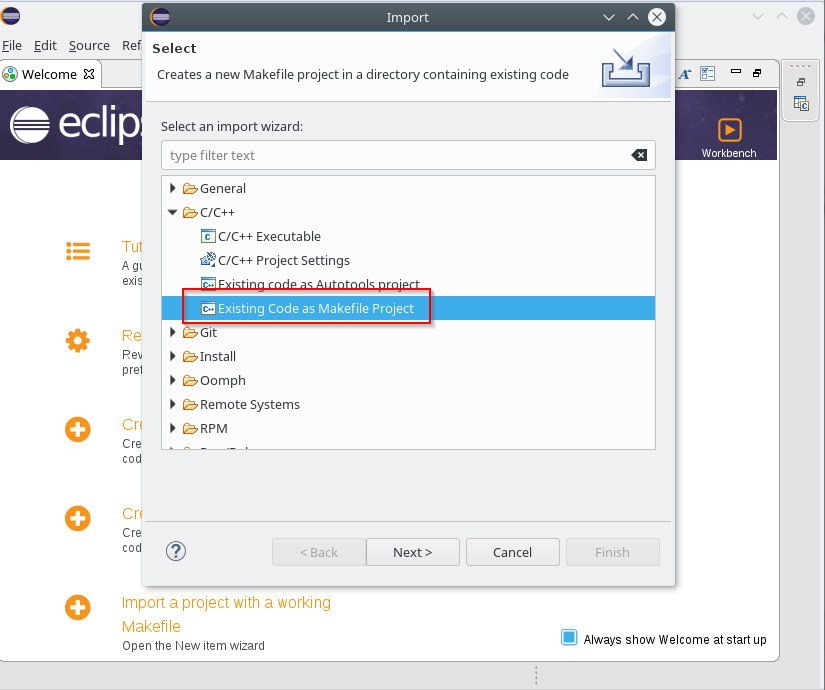 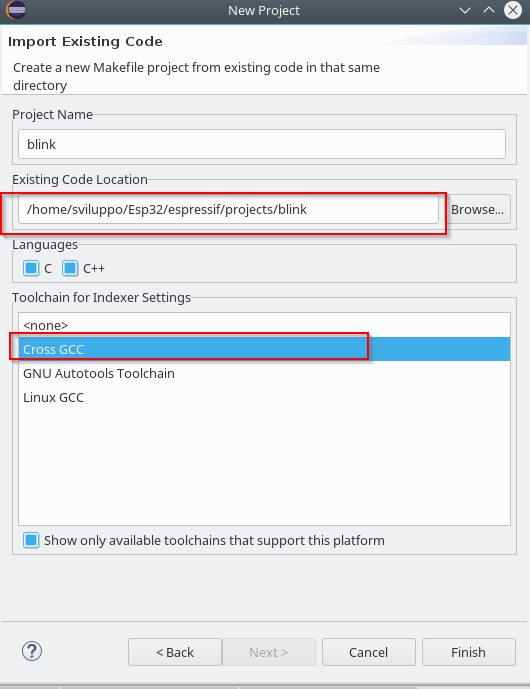 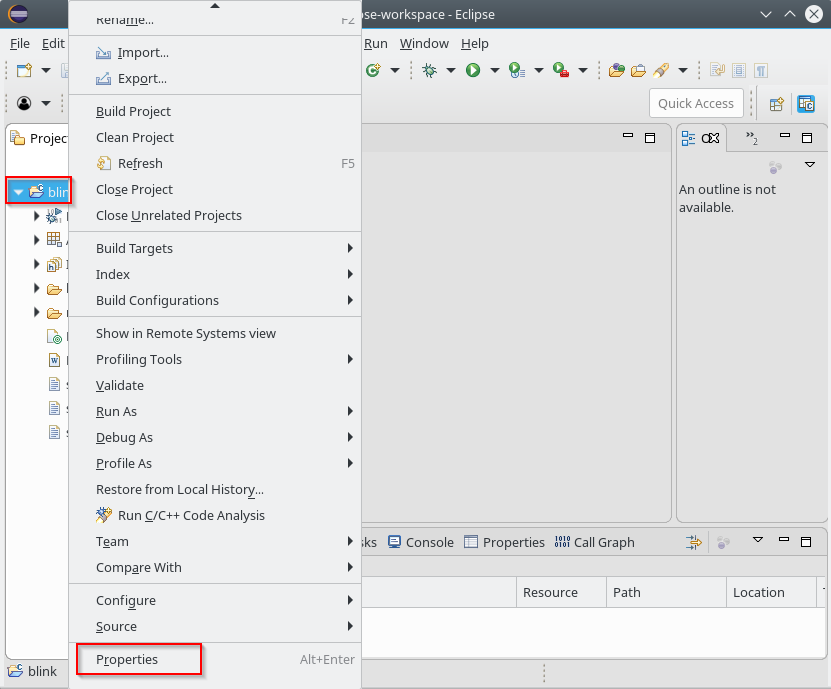 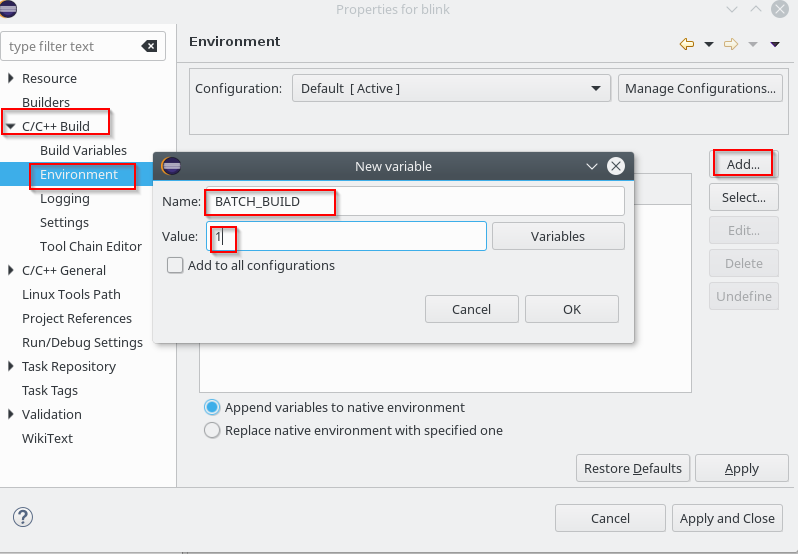 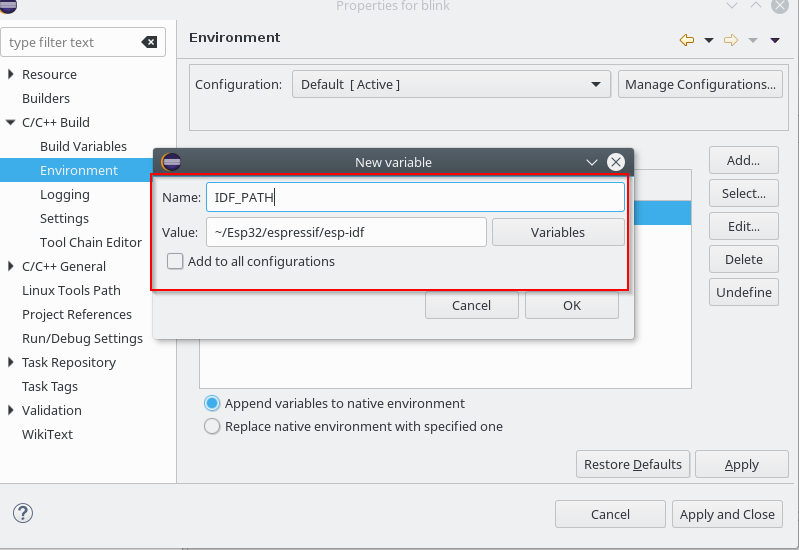 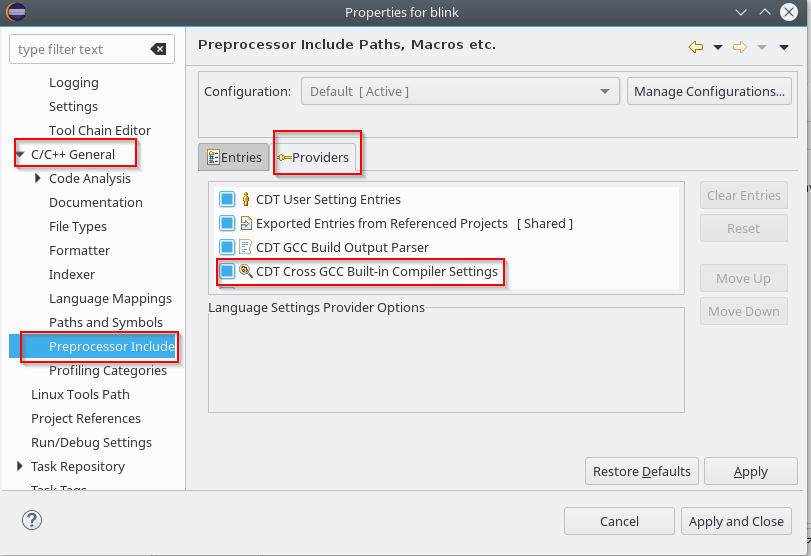 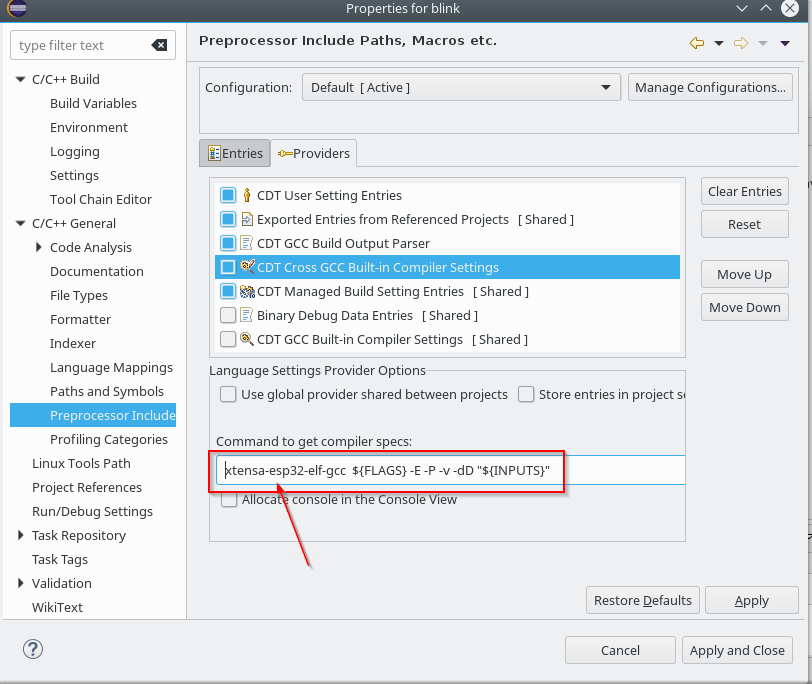 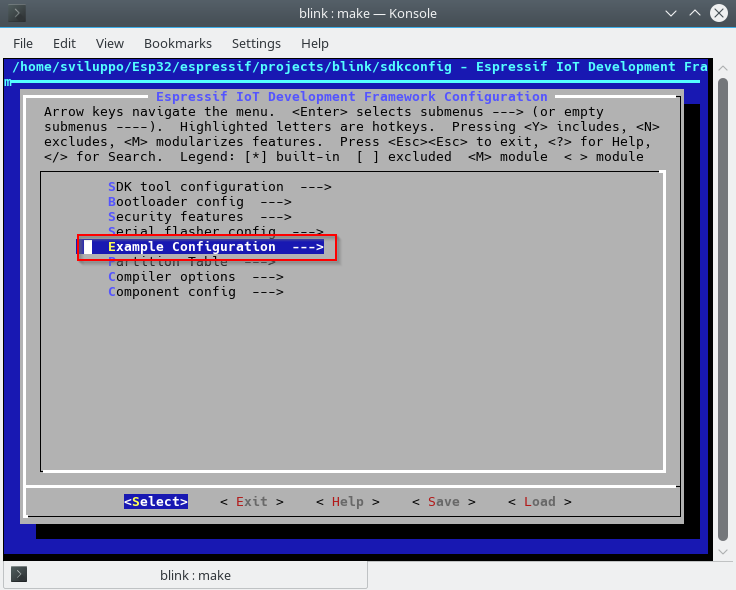 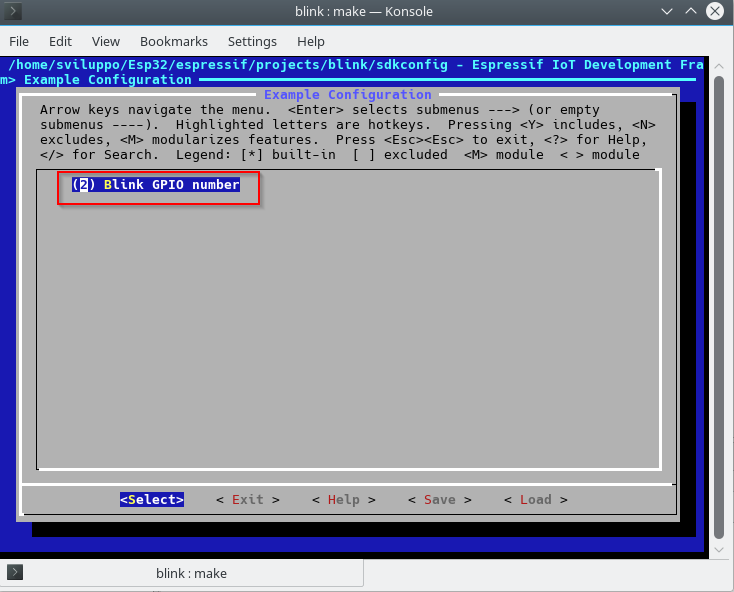 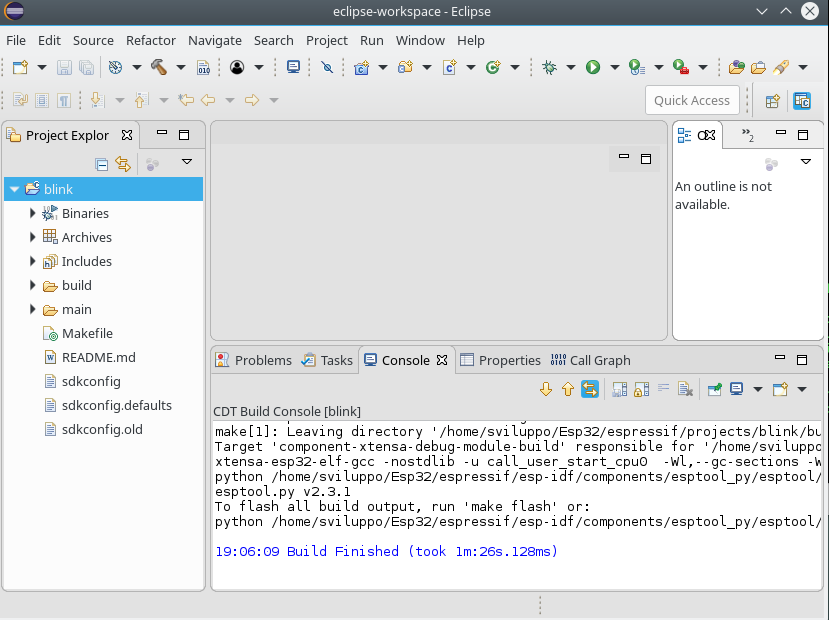 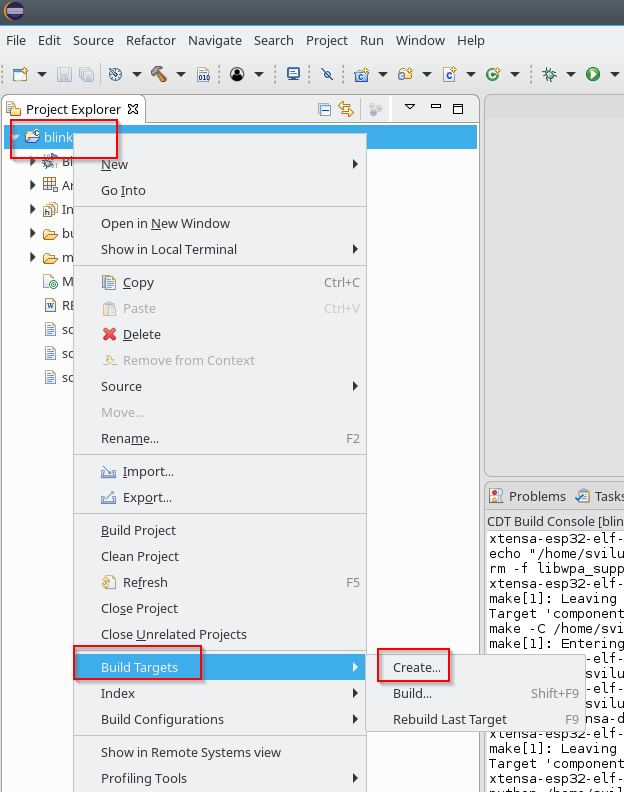 This article describes how to set the Espressif development environment for the ESP32.

From the link to the resources for the soc

we access the guide for compiling the firmware on the Windows, OSX and Linux platforms

In this article we use Linux Debian 9 as operating system, configured as described previously  here

We  use the IDF github. On Debian 9, with the user used to connect to the system, we create  the Esp32 folder under the user’s Home and  the espressif folder inside it

Create the esp folder and unpack the toolchain

Add the bin folder of the cross compiler to the PATH

Add the user used for the operations to the dialout group

Clone the IDF repository from  $HOME/Esp32/espressif

Access Serial flasher config -> and set the connection parameters; in our case we leave the default 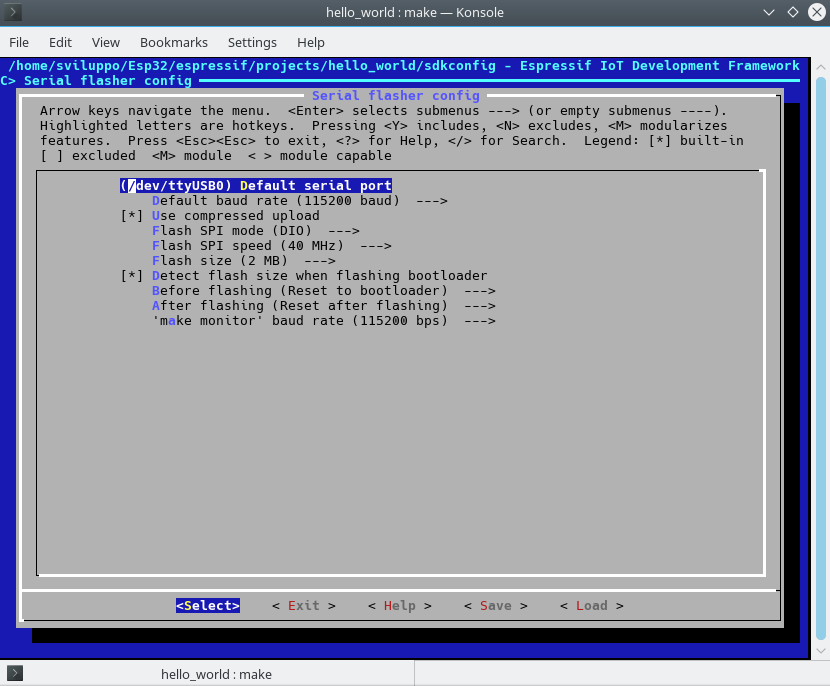 Save the configuration and build the firmware

To upload the firmware on the device run

To upload only the application run

while to build only the application run

To run the program monitor run 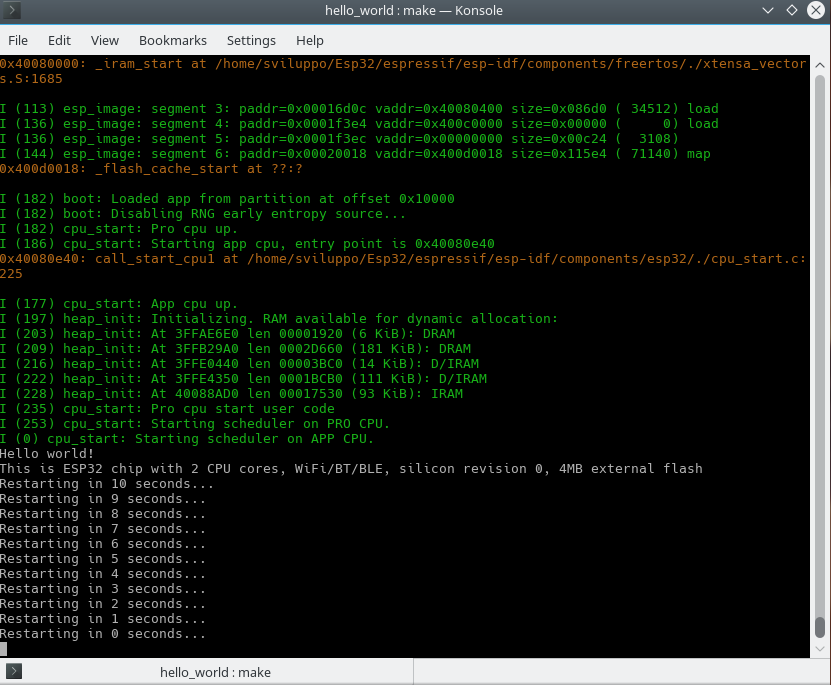 Here are the other examples available with sdk

The following link contains the references of the IDF API

You can also generate documentation from the github source. Go into  ~/Esp32/espressif/esp-idf/docs/en 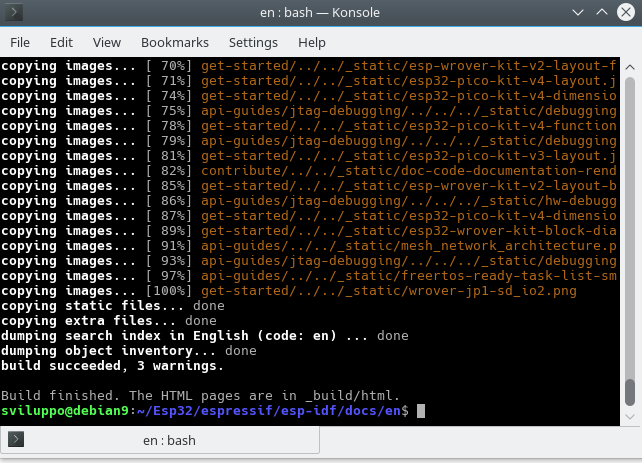 The documentation is available under  _build / html.

After  the compilation of the MicroPython firmware for ESP32

this article shows how to generate the Nodemcu firmware for the ESP32 MCU.

The firmware is not yet complete as the one existing for ESP8266.

The instructions can be found on the github at the link

The compilation documentation is available at the link

Log on  with the operating system user on Debian 9, sviluppo in our case; under the home folder  create the Esp32 folder and inside this folder the  nodemcu  folder

To update the cloned repository follow the description on the compilation link, i.e.

Go into  nodemcu-firmware-esp32 folder and run 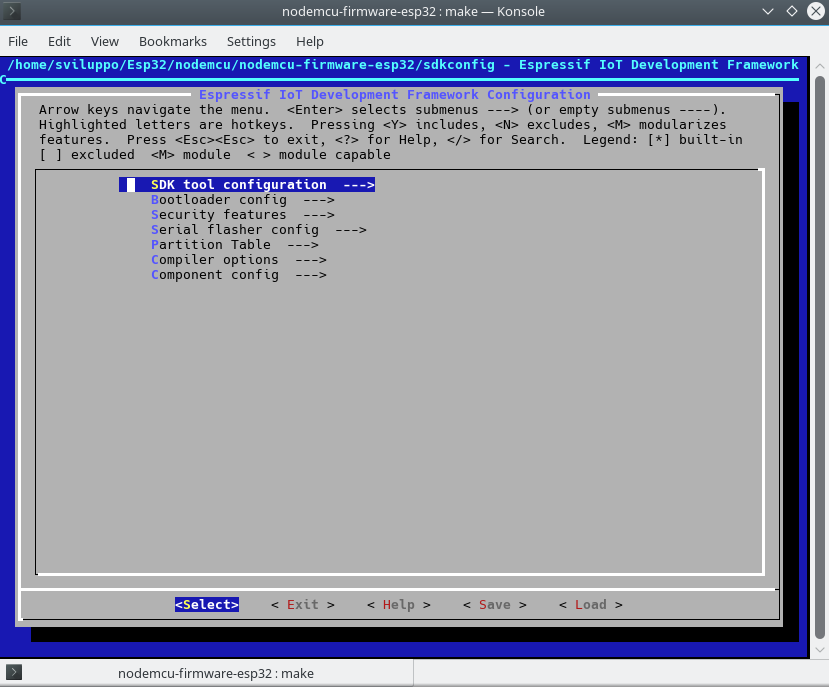 Enable the bluetooth  in Component config–>Bluetooth 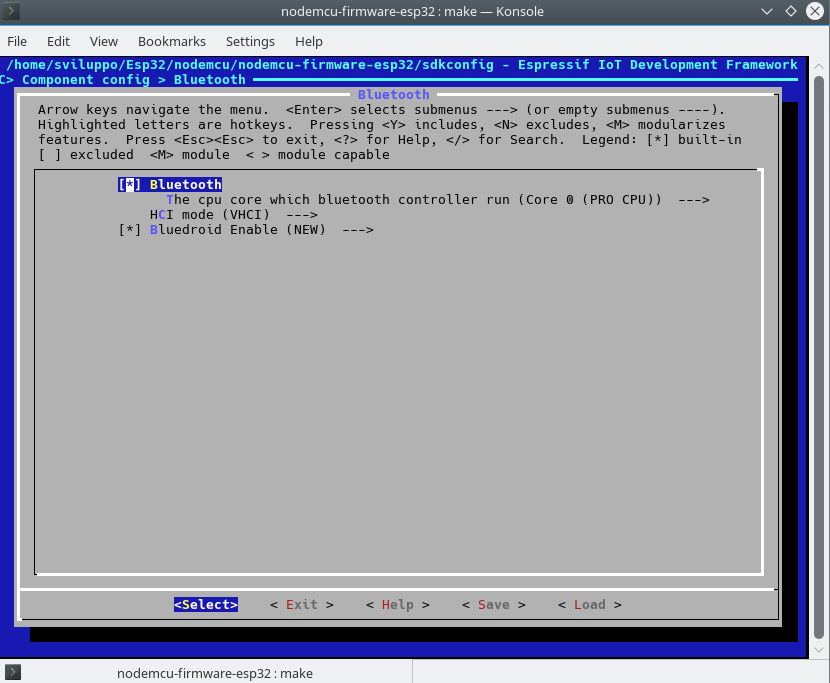 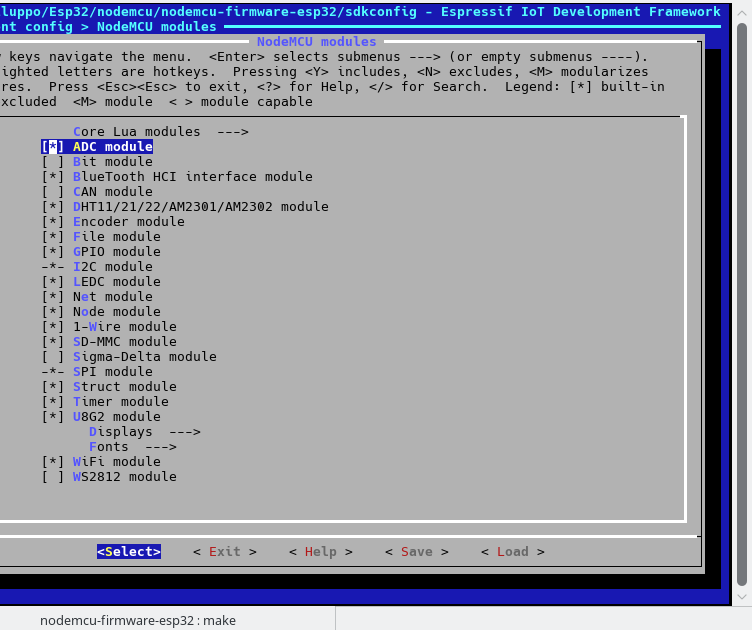 In the flash settings we set the default values for our ESP32,  Serial flasher config-> 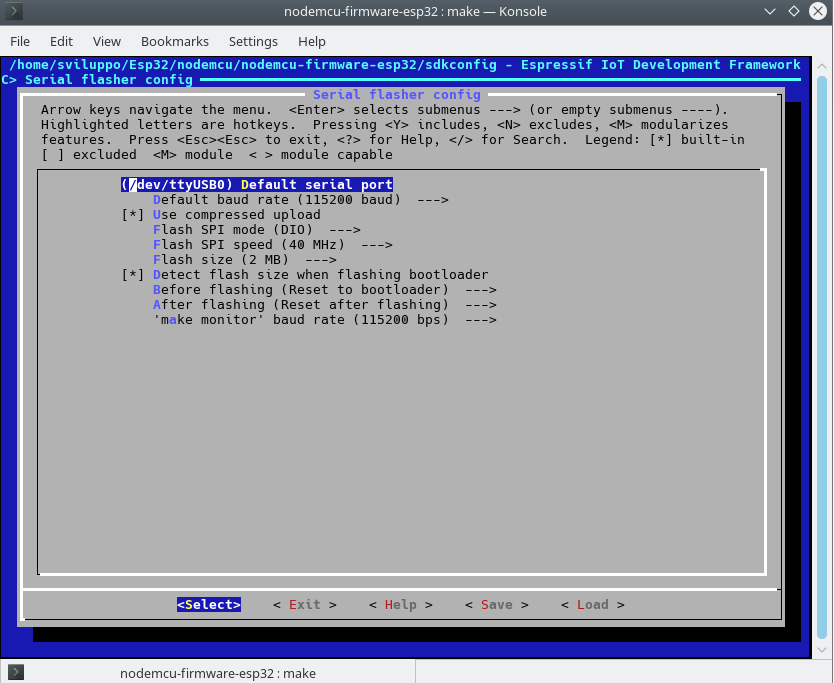 Save the configuration and exit. To build the firmware run

At the end of the compilation the command to upload the firmware  is shown; the same operation is executed  by simply running

For informations about the partitions of the various ESP32 versions, refer to the documentation

After having analyzed in the previous articles  MicroPython  for ESP8266, in this we start to treat MicroPython on ESP32.

The following shows how to generate the MicroPython image from the source code for the ESP32 board.

The operating system is Debian 9, previously encountered for the esptool and Adafruit-ampy utilities

Log on  with the operating system user on Debian 9, sviluppo in our case; under the home folder  create the Micropython folder and inside this folder the  esp32 folder

The MicroPython source code is available at the following link

The command releases the git hash for the supported espidf

At the time of our compilation the result is as follows

Checkout with the hash obtained above

Create the  esp folder under /home/sviluppo/Micropython/esp32

Unpack the cross compiler in esp

Go into the following folder

and create the makefile file with the following code inside

Go into the micropython folder available in /home/sviluppo/Micropython/esp32

Next step is the MicroPython cross compiler build

Finally we can build the ESP32  firmware with the following commands

The firmware is generated under ports/esp32/build with the name firmware.bin.

Proceed to load the firmware with the commands

In our case, the firmware upload was successful with the command

It is also possible to load the firmware.bin image with the commands

where  /dev/ttyXXX is replaced with the actual serial port to which we connect the ESP32 board.

In this article we describe briefly the ESP32  chip from Espressif

This lower power SOC  contains a 32 bit MCU  with bluetooth and wifi modules. At the Espressif web site we can find the detailed informations about the ESP32

The device datasheet is available in the following pdf document

The ESP32 modules are available individually or in a development kits; the last system simplifies its usage as the development kit contains all the hardware to use rapidly the soc device; we are already ready to load the firmware and use the device.

A reference site for the ESP32  is

At above link we can find the various development platforms utilized  for the ESP32. The most relevant  are

We can buy the ESP32 modules/dev kits from various internet online websites, for example ebay

As development kits we report

We report for example the following

In the next articles we’ll describe how to build firmwares and use the ESP32 MCU.