In the previous article

we described how to build the OpenWrt for the TP-Link TL-MR3420 V1 router. Now we show how to build a package, vsftpd, and install it using the shell command window

As for the firmware building execute

and access the section for this package, i.e.  Network->File Transfer, and enable it as module 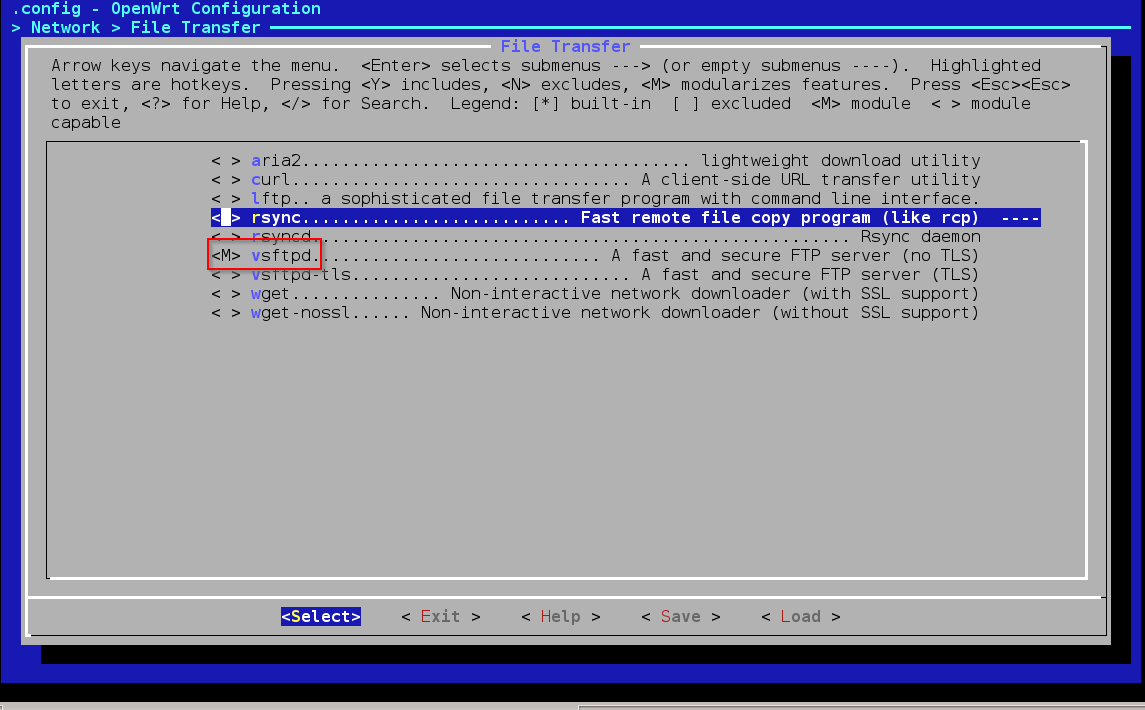 Save the settings  in the .config file and execute 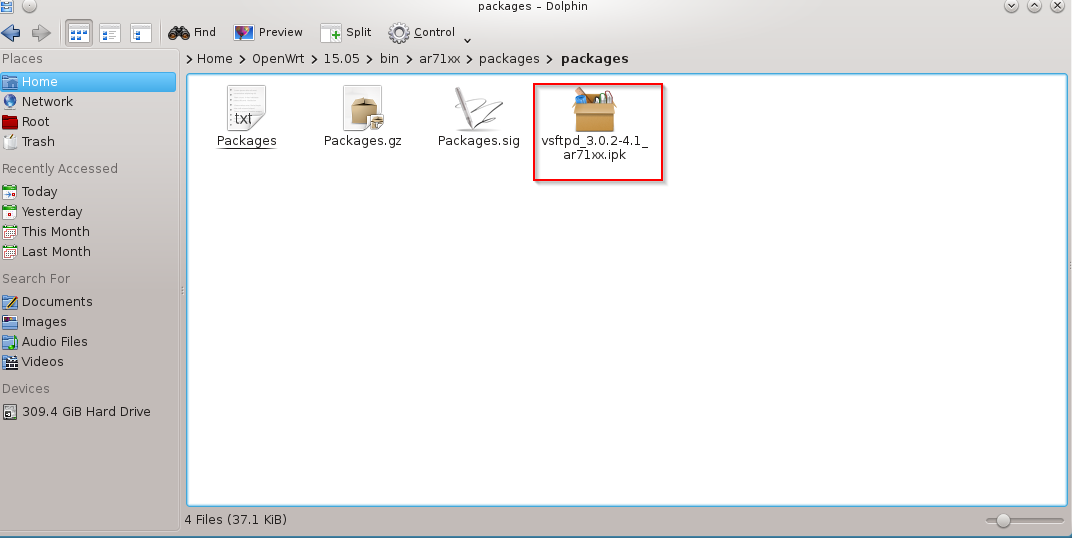 Transfer the file on the router as root using scp (WinScp on windows) into the folder /tmp. In this case don’t update the packages repository using the web interface (if done reboot the device); log on to the router  using ssh as root and execute the command

OpenWrt offers many packages that allow you to greatly enhance the functionality of the device, but some packages require more resources, so you can install them on routers with more powerful hardware.

After the brief description of OpenWrt system in the previous article

we describe now how to build the firmware for our router.

We use as tartget device the TP-Link TL-MR3420 router version 1.

This model is in the list of the supported OpenWrt devices; here is the specific documentation for this device

From the documentation we know that the SOC is an Atheros AR7241. This information will be used in the configruation phase of the buildin envinronment.  As a preliminary operation also download the original firmware of this router from the link

In the page TP-Link TL-MR3420 we find the links to two differents versions of the OpenWrt firmware:

If we have the original firmware in our device we must utilize the first one, while in the case of updates we use the second one..

We now execute the operation described in the link

in the Debian envinronment installed in previous article

We create a folder OpenWrt under the home user folder (sviluppo in our case) and clone the repository. In this build we choose the stable branch 15.05

At the end of the git task, execute

We are now ready to build the firmware of the TP-Link TL-MR3420 V1.

With the following choices we change the options

At the following link

we find all the documentation about the building. 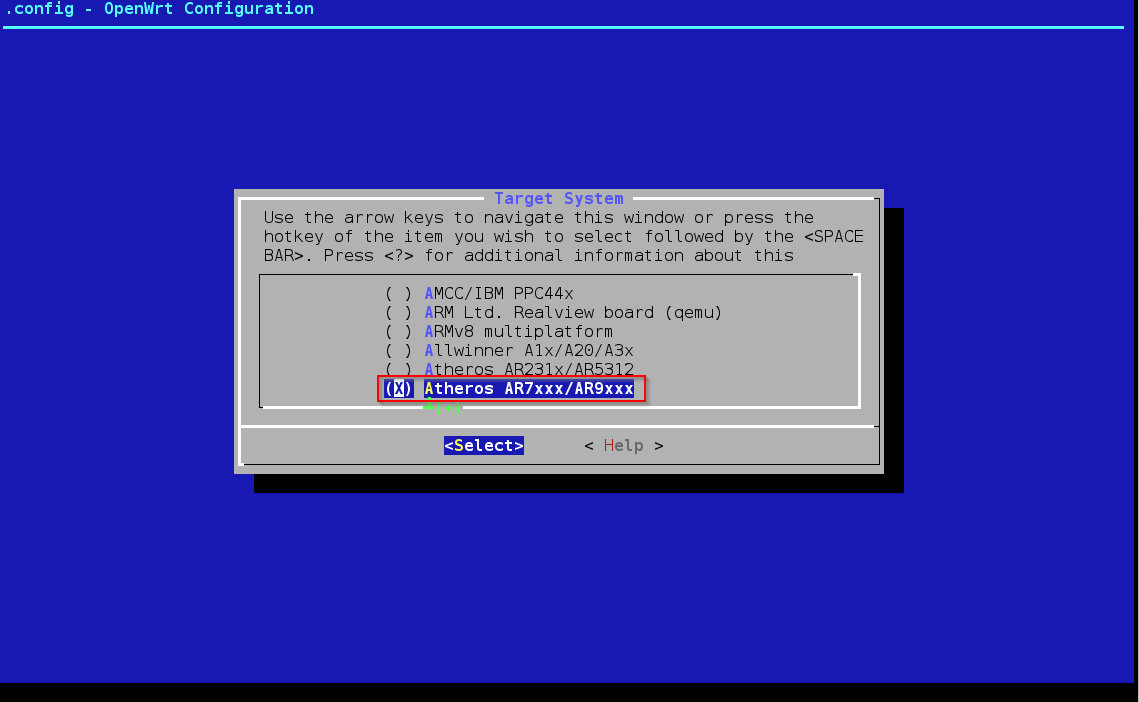 We have to install the base packages to admin the system, so we access LuCI Option 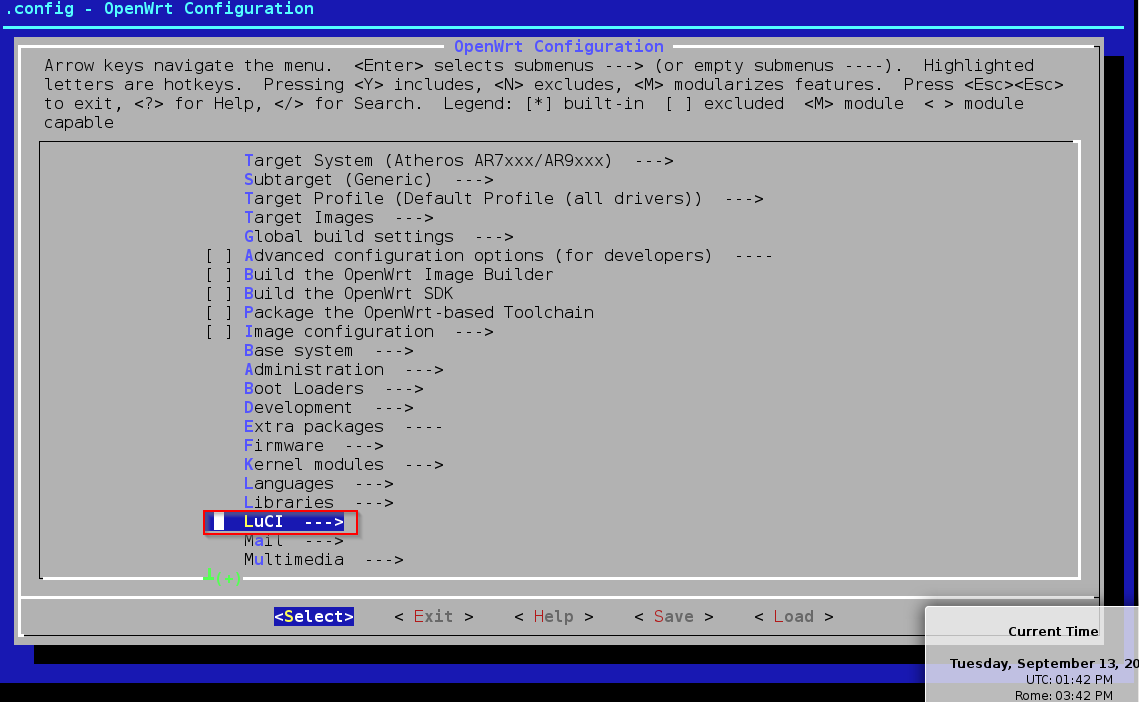 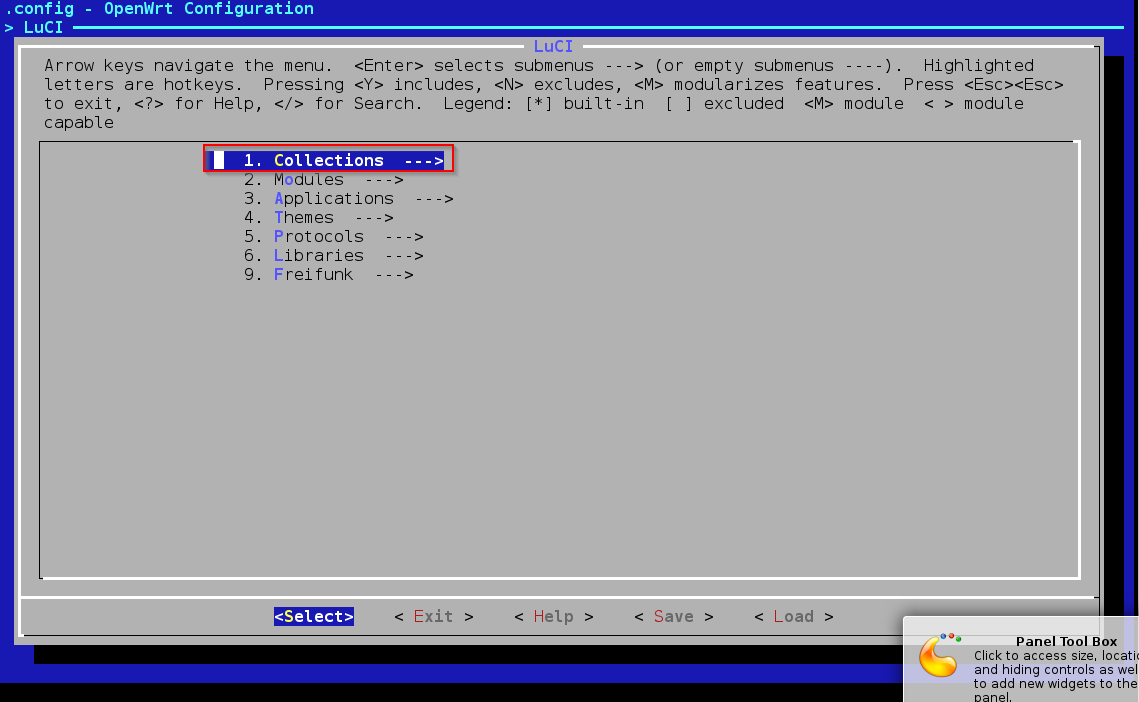 and at the end the luci package; with this option the system installs an http server too 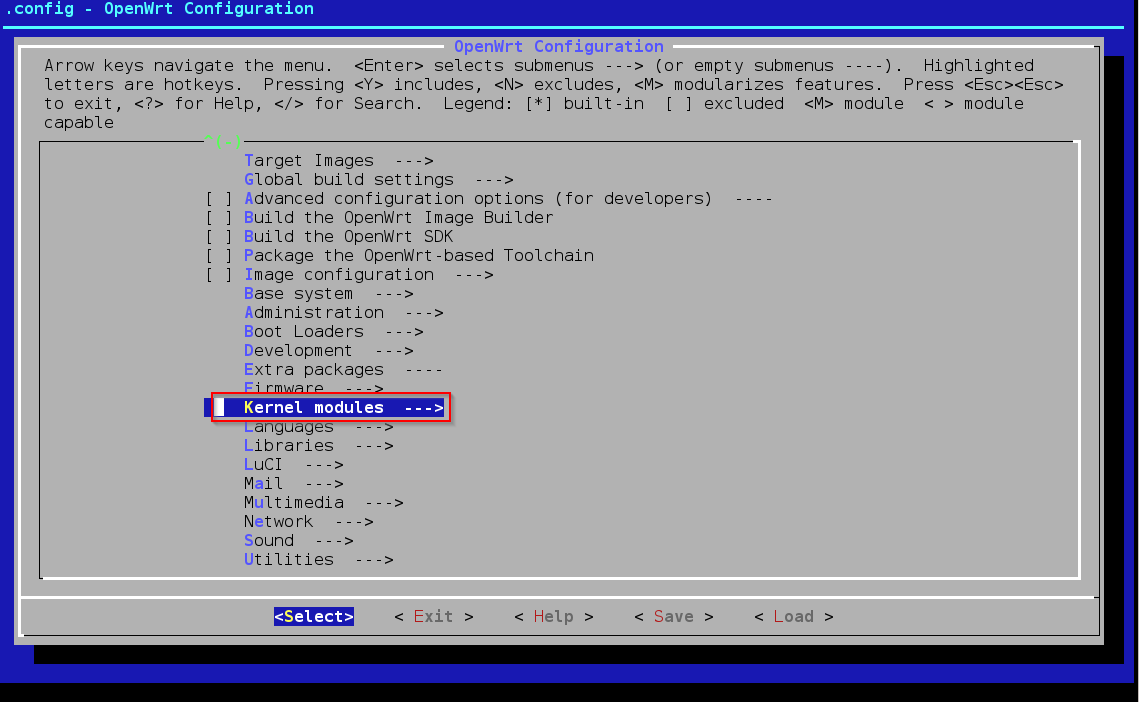 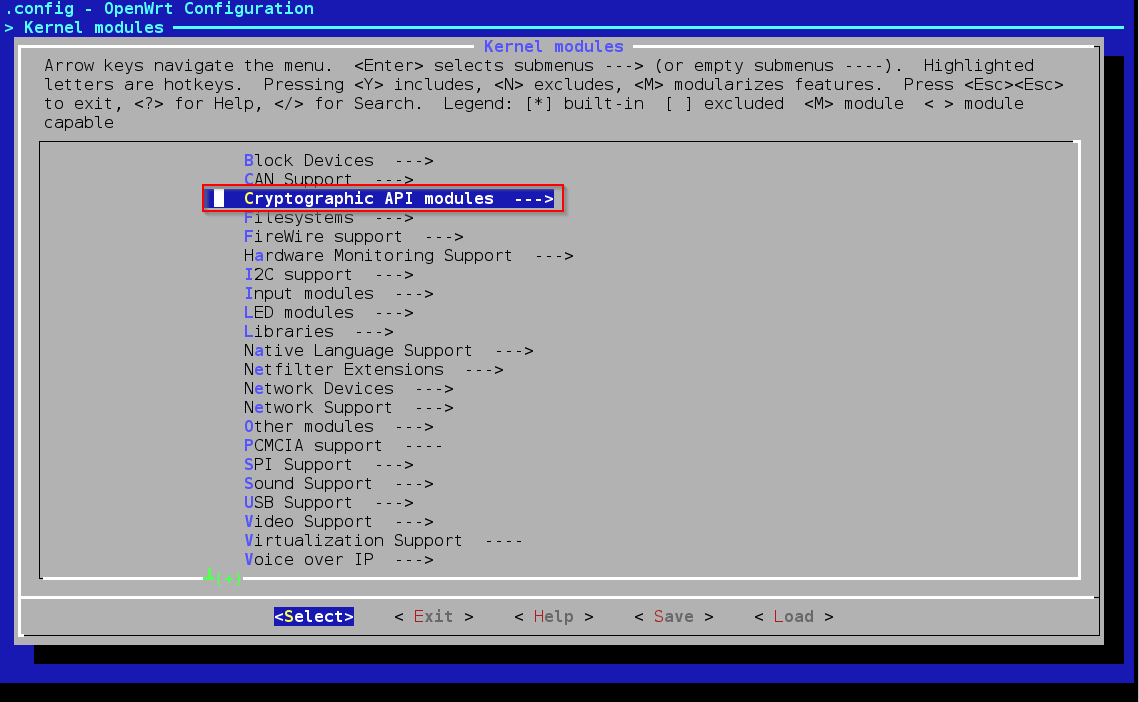 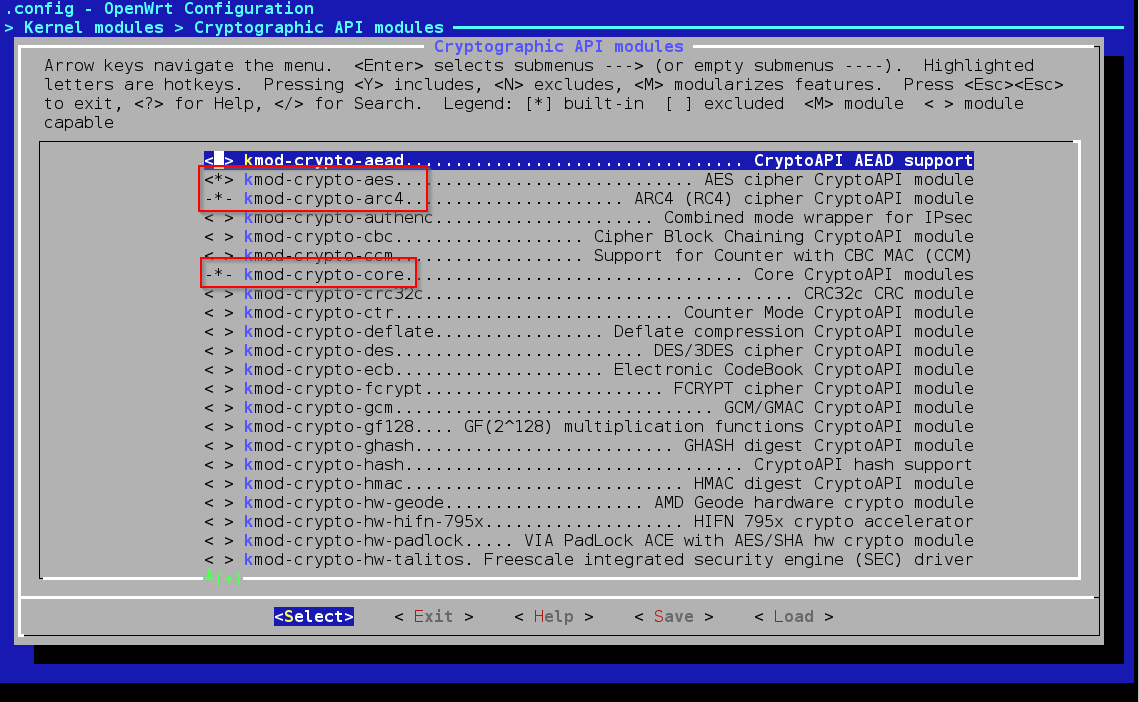 This task checks for the prerequisites.

To build the firmware we execute

At the end of the task we can find the firmware in the atheros platform under the bin folder. In our case our images are highlighted in the following screenshot 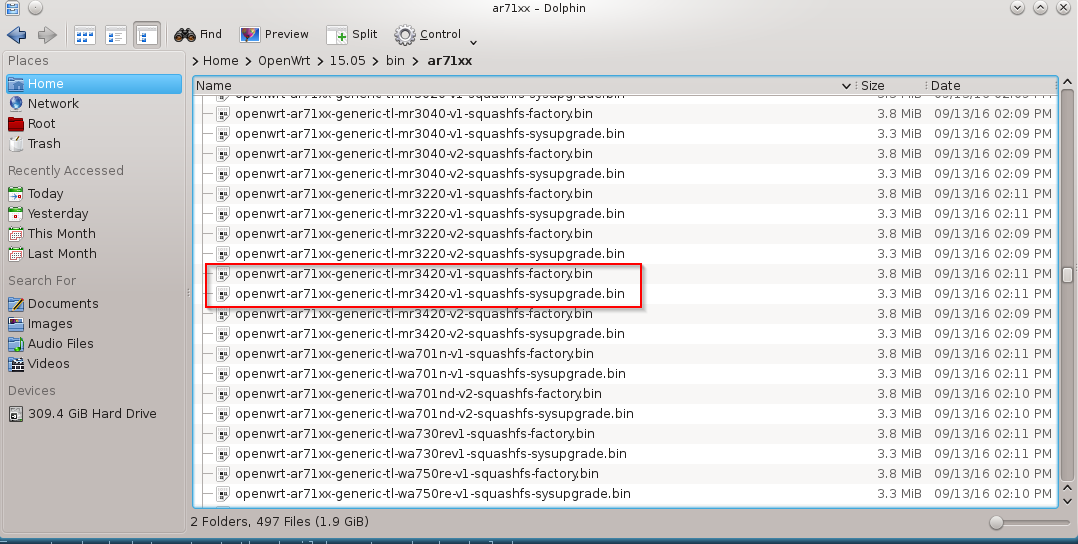 We can now flash the firmware.

WARNING: Before installing the firmware verify the recovery process of your router in the event of a problem, i.e how to start in recovery mode, flash via tftp, use JTAG, etc. The image installation on the device is at your own risk. We accept no responsibility if the installation leads to  malfunction or block of the device.

The OpenWrt web site describes all the vaious options to build the firmware and packages. In the next article

we’ll describe how to build and install from a shell window command the vsftpd package.