In the previous article we started up the development board Beaglebone Black / Green.

Startup of the Beaglebone

Let’s look  how to install an updated image of Debian for BeagleBone. As a first step we have to access the site which contains the Beaglebone  images

We download, having a BeagleBone Black Rev. C, bone-debian-8.6-lxqt-4gb-armhf-2016-11-06-4gb.img.xz. Unpack the 7zip image and load into a micro sd card with Win32DiskImager, as done for the Orange PI PC

If we wanted to load that image on the internal flash, we must edit the /boot/uEnv.txt files on a Linux system and uncomment the line

In that case, when we start the board the system will rewrite the operating system present on the internal flash with the version loaded on the micro sd card. We do not follow this road in order to do all the tests on the sd card leaving the internal partition unmodified. So let’s connect our Beaglebone to a network router. We insert the micro sd card and startup the development board. In some boards we need to press of the USER / BOOT button 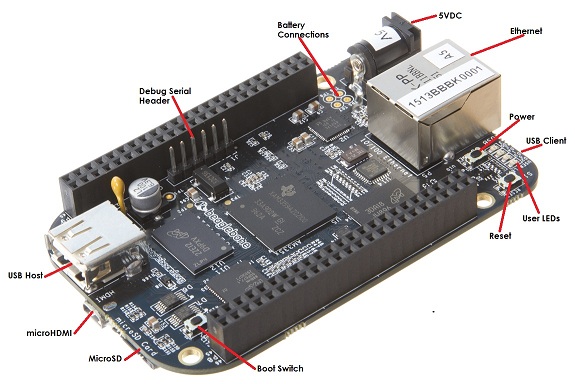 because the operating system boots from micro sd card; with our board it is not necessary to perform this operation. We have to log on Beagleone now; the avahi-daemon service is already active on the Beaglebone and Linux systems resolve the address by hostname; Windows, instead, needs tha samba service activated to solve the Beaglebone hostname; installing samba we obtain the hostname recognition with the protocol netbios from Windows. If you are using a Windows machine to work with the Beagelbone you must first check the ip assigned by the network router to the  BeagleBone. From a Linux system, for example, connect to the Beaglebone using ssh as debian / temppwd and the beaglebone hostname 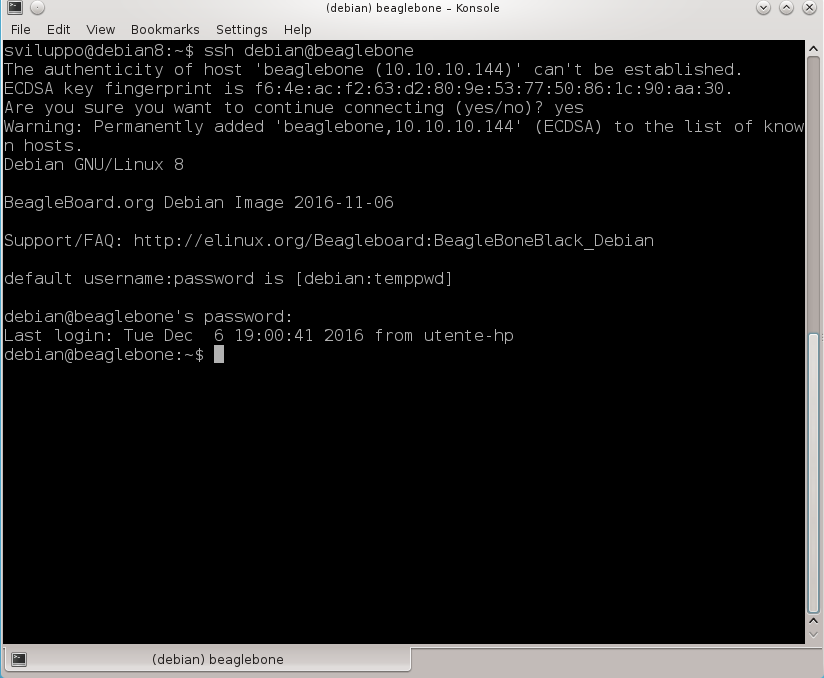 In Windows we need to install the samba service first to have the same functionality. Proceed at this point with the updating and samba installation

After the updates and samba services activation, we are ready to show examples with our BeagleBone and we are able to connect to it using the beaglebone and beaglebone.local hostnames. In the next article we will see tools already available on the board and how to add more features.

We can install the ftp service too, as we could use it in next articles

To deactivate and activate it use the following commands